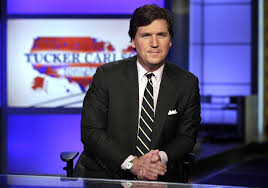 (IL) – The Pentagon is using Laughlin Air Force Base in Texas to secretly fly illegal aliens throughout the country.

From The Daily Caller, “Tucker Carlson Reports DHS Is Secretly Using A Military Air Base To Move Illegal Migrants To Unknown Locations”:

The Department of Homeland Security (DHS) is secretly moving illegal migrants around the U.S. from Laughlin Air Force Base in Texas, a leaked email revealed.

During a segment of “Tucker Carlson Tonight,” Fox News host and Daily Caller co-founder Tucker Carlson revealed a leaked email from Air Force Lt. Col. Matthew Burrows to his subordinates at the base given to his show by a whistleblower.

“Over the next few days, weeks, or months you may see passenger aircraft on our ramp transporting undocumented non-citizens,” the email began. “In coordination with the Department of Homeland Security and the Department of Defense, U.S. Immigration and Customs Enforcement and Del Rio Border Patrol will be using the Laughlin AFB runway to transport undocumented non-citizens via a Boeing 747.”

“Do not take photographs and refrain from posting anything on social media. If anyone asks you about it, refer them to public affairs,” the email concludes.

Carlson then said the Pentagon confirmed the authenticity of the email to his show, saying that spokesman Chris Mitchell “described the flights from Laughlin as non-citizen movements, part of what he called the U.S. Immigration and Customs Enforcement’s mission. He told us then to direct any further questions to ICE.”

ICE and even our military now are being forced to operate as nothing more than shuttle services for illegal aliens!

As the Washington Post reported in May, under DHS chief Alejandro Mayorkas ICE enforcement and removal operations officers “are now averaging one arrest per 2.5 months” and are on pace for “four arrests per year.”

Biden’s acting ICE director halted all 1.2 million deportation flights back in February because activists whined that they were scheduled to deport a bunch of criminal African migrants “during Black History Month!”