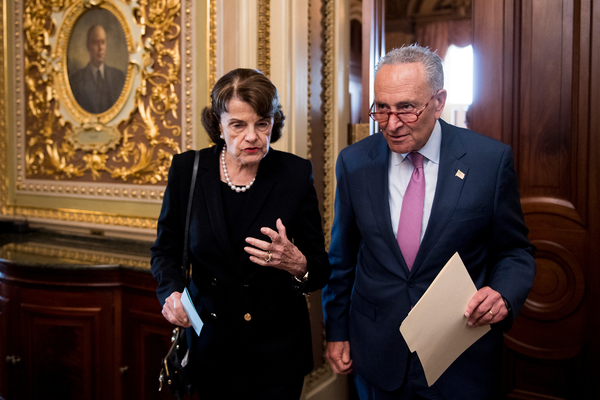 (breitbart) – Senate Minority Leader Chuck Schumer detailed the painful confrontations he had with Sen. Dianne Feinstein about taking away her leadership position on the Senate Judiciary Committee.

“It was like Groundhog Day, but with the pain fresh each time,” Schumer told New Yorker writer Jane Mayer about his conversations with Feinstein, age 87. “Anyone who has tried to take the car keys away from an elderly relative knows how hard it can be.”

Schumer added in Feinstein’s case, “It wasn’t just about a car. It was about the U.S. Senate.”

Feinstein stepped down from her leadership position on the Judiciary Committee in November after the left expressed outrage that she was not tough enough during the Justice Amy Coney Barrett confirmation hearings. Feinstein will remain on the committee, but no longer as the Democrat leader.

Mayer reported that Schumer had “had several serious and painful talks with Feinstein” about her leadership on the committee but she “seemed to forget about the conversations soon after they talked.”

In November, Feinstein asked Twitter CEO Jack Dorsey the same question twice, suggesting she forgot what she said earlier in the hearing.

Several anonymous sources expressed concerns about Feinstein’s mental decline in Mayer’s story, describing her short-term memory as failing, making it difficult to brief her in preparation for hearings.