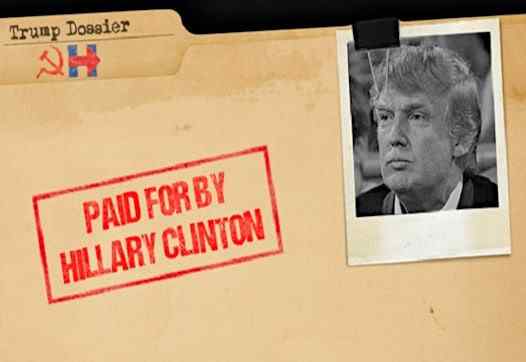 Danchenko is the one individual those looking into the Trump – Russia collusion fraud wanted to identify – the PSS – the individual who was behind the material amount of Steele dossier lies. At least two sources on the Internet had come to this conclusion by Sunday night. The Deep State has kept Danchenko’s name hidden for nearly four years.

One site that located the PSS is aptly named ifoundthepss.blogspot.com/2020/07/unmistakable-proof.html (We’ll refer to this individual and website as IFTPSS.) You can find all the excellent information IFTPSS obtained in identifying Danchenko at that site with a summary from our post last Sunday.

We reported a couple days later on the relationship Danchenko had with his former professor Fiona Hill – they both worked at the Brookings Institute:

Yup, with Fiona Hill, one of the colleagues of Igor Danchenko at Brookings.

What a coincidence, huh?
Imagine that: the PSS lives in the USA & is a colleague of Fiona. pic.twitter.com/qJo488G3x5

The connection to Fiona Hill is huge because it shows that Adam Schiff’s disgusting unconstitutional impeachment proceeding with his star witness, Fiona Hill, is a closely connected to the Russian scandal and the PSS. No wonder the Deep State wanted Danchenko’s name hidden. They’ve kept it hidden for four years.

(Of course according to her resume Fiona Hill worked for the George Soros Open Society Institute from 2000-2006, just 13 years ago.)

We then reported yesterday that Paul Sperry at Real Clear Investigations reported on the PSS and added more color to the individual responsible for all the made up lies in the fraudulent Steele dossier.

The mysterious “Primary Subsource” that Christopher Steele has long hidden behind to defend his discredited Trump-Russia dossier is a former Brookings Institution analyst — Igor “Iggy” Danchenko, a Russian national whose past includes criminal convictions and other personal baggage ignored by the FBI in vetting him and the information he fed to Steele, according to congressional sources and records obtained by RealClearInvestigations. Agents continued to use the dossier as grounds to investigate President Trump and put his advisers under counter-espionage surveillance.

The 42-year-old Danchenko, who was hired by Steele in 2016 to deploy a network of sources to dig up dirt on Trump and Russia for the Hillary Clinton campaign, was arrested, jailed and convicted years earlier on multiple public drunkenness and disorderly conduct charges in the Washington area and ordered to undergo substance-abuse and mental-health counseling, according to criminal records.

In an odd twist, a 2013 federal case against Danchenko was prosecuted by then-U.S Attorney Rod Rosenstein, who ended up signing one of the FBI’s dossier-based wiretap warrants as deputy attorney general in 2017.

Danchenko first ran into trouble with the law as he began working for Brookings — the preeminent Democratic think tank in Washington — where he struck up a friendship with Fiona Hill, the White House adviser who testified against Trump during last year’s impeachment hearings. Danchenko has described Hill as a mentor, while Hill has sung his praises as a “creative” researcher.

Per Sperry’s reporting of the PSS, he comes across as a misguided alcoholic who was willing to subvert rules to make a living. He reportedly never was an employee of Orbis, Steele’s firm, so this would not impede his chances of obtaining a security clearance. Instead, he was paid through a friend who owned an employment agency and worked out a deal with Steele to pay Danchenko.

We then reported on Danchenko’s bias in 2008 where he stated that he preferred Biden and Obama in that year’s Presidential race as was reported by the far-left Huffington Post.

Today we have breaking information on Danchenko. This is why his identity has been covered up for four years – Danchenko was American-based not Russian-based.

Last night Paul Sperry tweeted more on the PSS Danchenko. Danchenko we know was not Russian based. He was American based. But this was mis-reported (another lie) in the Steele dossier.

BREAKING: Recently declassified FBI memo summarizing meetings with Steele's "primary subsource" Danchenko exposes another materially false fact the FBI claimed in FISA applications –that sub-source was "Russian-based," when in fact Danchenko based in U.S. and lived in Washington

Another Internet sleuth responded to Sperry and noted that this is likely what was redacted in the DOJ IG’s report in December last year (another incidence where the Deep State DOJ and FBI were covering up their crimes through redactions):

It gets even better Paul. The Supervisory Intel Analyst spotted the falsehood and asked Clinesmith whether to correct it. All we know is that it was not changed. https://t.co/HkeupS6ZfC pic.twitter.com/yLxXMGrdR5

Sperry writes about the individual who reviewed the Steele dossier and looked for inconsistencies. He is referred to as the Supervisory Intel Analyst and Sperry identifies him as Brian Auten:

The FBI interview memo, which is silent about Danchenko’s criminal record, was written by FBI Supervisory Intelligence Analyst Brian Auten, who was called out in the Justice inspector general report for ignoring inconsistencies, contradictions, errors and outright falsehoods in the dossier he was supposed to verify.

It was also Auten’s duty to vet Steele and his sources. Auten sat in on the meetings with Danchenko and also separate ones with Steele. He witnessed firsthand the countless red flags that popped up from their testimony. Yet Auten continued to tout their reliability as sources, and give his blessing to agents to use their dossier as probable cause to renew FISA surveillance warrants to spy on Page.

As RCI first reported, Auten teaches a national security course at a Washington-area college on the ethics of such spying.

Auten was either too afraid to speak up or incompetent in a number of ways which appears to be a pattern with Obama’s FBI and DOJ holdovers. But Auten did apparently identify one item months into the original Steele dossier being used to spy on Carter Page and candidate and President Trump – that Danchenko was not Russian-based as is allegedly included in a footnote in the DOJ IG’s report of FISA abuse regarding the Carter Page FISA – and Auten forwarded this item in an email upward in the bureaucracy but it never was addressed in the FBI warrant to spy on Carter Page and candidate and then President Trump.

Per a cursory review of the IG’s FISA report on Carter Page, the fact that Danchenko was not based in Russia was not listed as a material discrepancy in the IG’s report and included in the list of 17 material issues emanating from the fraudulent FISA report.

The Obama holdovers in the DOJ and FBI are so terribly corrupt. They are still trying to cover up for themselves. Americans want justice, transparency and enforcement of the law – not crimes and coverups.