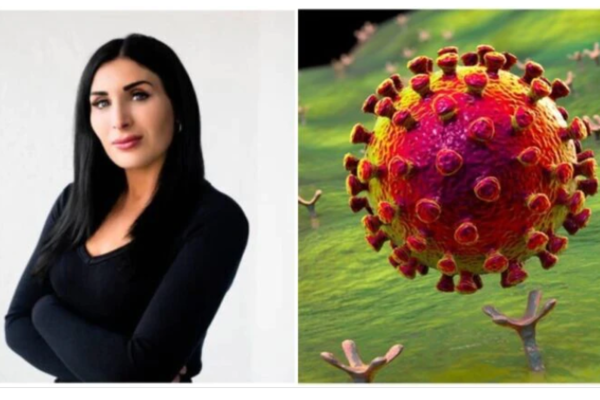 (bigleaguepolitics) – Liberals are wishing for the death of Congressional candidate Laura Loomer following her diagnosis with COVID-19.

Showing their total lack of humanity and how their push for total submission has nothing to do with saving lives, they took to Twitter to celebrate her diagnosis and pine for her untimely demise.

Even though she has a rough case of COVID-19, Loomer remains defiant even while she is sick. She continues to produce content and campaign for Congress while dealing with the virus.

“I knew it was only a matter of time before I got it, and I accepted that risk over injecting myself with an experimental vaccine that has faced criticism and recalls around the world,” she wrote.

“I know I’ll recover just fine, and who knows the horrendous long-term effects I could have developed if I had taken the vaccine,” Loomer added.

Loomer hammered Webster in an email released on Wednesday announcing her campaign against the career politician, pointing out his craven dereliction of duty when it mattered the most.

She slammed him for refusing “to make the most of being in a deep-red seat and take a bold and necessary stand against the Democrats’ power grab, open borders, mandatory mask and vaccine mandates, the denial of due-process for the January 6th political prisoners, Big Tech tyranny and election interference against conservatives, voter fraud, defunding the police, CRT, Islamic terrorism, the disastrous withdrawal by the Biden-Harris regime in Afghanistan, and so much more!”

“Even if Webster couldn’t make it to Washington that day, he could have had a proxy vote “no!” for him in what was clearly a sham impeachment. But instead, this so-called Republican did nothing!” Loomer said about Webster’s refusal to vote down Trump’s impeachment.

Loomer made the announcement that she is running for Congress in Florida’s 11th Congressional district. Previously, she ran against Rep. Lois Frankel in Florida’s 21st Congressional district in 2020. Loomer raised 2.3 million for her run against Frankel in a solidly Democrat district. Now, she is setting her sights on a weak Republican who refused to stand for President Trump.“

Loomer intends to defeat COVID-19, as President Trump and millions of Americans have done, without submitting to the vaccine regime. She has kept her self-respect and refused to submit to the fear propaganda from Big Pharma and the political establishment, which makes her a hero for freedom.