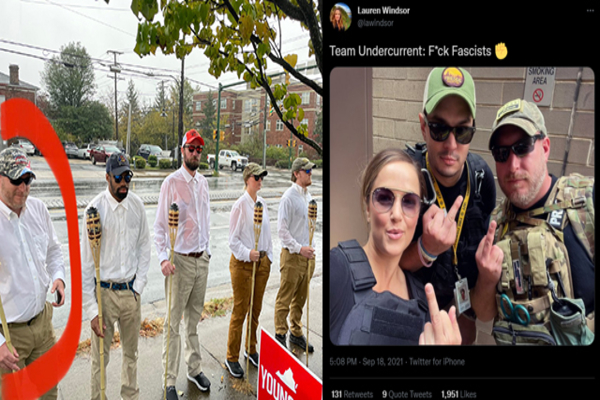 (IL) – Democrats on Friday were caught staging a false flag to boost Terry McAuliffe’s struggling campaign ahead of the Virginia gubernatorial election.

The stunt was immediately called into question as one of the “white supremacists” was a black guy.

Multiple of the “white supremacists” were quickly exposed as Democrat operatives and the whole hoax blew up in their face.

The hoax was amplified by Terry McAuliffe’s campaign (they probably organized it):

McAuliffe’s campaign tried to distance themselves from the hoax after amplifying it all day:

The Lincoln Project stepped in to act as the fall guy:

So, is anyone going to get banned from social media for this hoax?

Are there going to be any congressional hearings into this election interference?

Is anyone going to be subpoenaed?

We all know the answer.