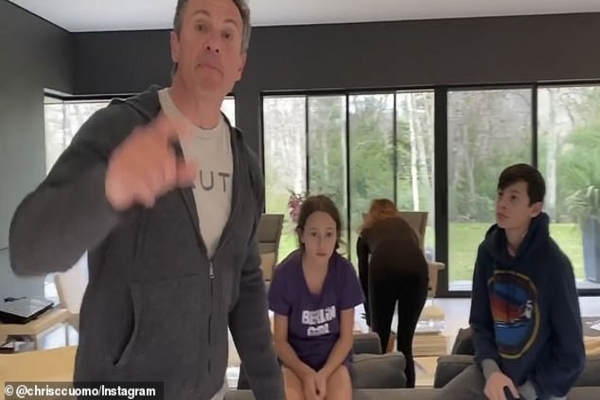 Back in March and April of last year, Dean lost her in-laws to the coronavirus. Both were New York nursing home residents, and Dean believes disgraced former Gov. Andrew Cuomo was directly responsible. This was when the Democrat governor issued an executive order that required nursing homes to accept patients still infected with the coronavirus.

Imagine that. Even though we already knew from what happened in Europe that the elderly were most likely to succumb to the virus, Cuomo still demanded nursing homes accept the infected. The results were an unmitigated catastrophe. Thousands died needlessly, including Dean’s in-laws, and to her credit, she refused to be silent about it.

Dean launched a righteous crusade against Cuomo and his corrupt Palace Guards: a craven media and celebrity class, who not only aided Cuomo in covering up his crime, but hailed and worshiped him as everything wise and wonderful when it came to managing the coronavirus.

Well, what a difference a year makes. Thanks in no small part to Dean’s efforts, the truth about Cuomo’s sociopathic coronavirus leadership is clear. And now, due to his lecherous treatment of women, he’s been forced to resign in disgrace.

For his own unethical role in protecting Governor Brother, Chris was himself disgraced and fired by CNN. This latest report only again proves what a lying pig Chris Cuomo is:

According to a source, canned CNN anchor Chris wanted to fight to defend his brother and texted with Andrew’s staff about how to discredit Dean.

The source said Chris allegedly asked in a text to an Andrew Cuomo staffer how he could go after “this Fox weather bitch……Any help painting her as a far right crazy?”

It is also believed he participated in calls with the governor’s staff, including Melissa DeRosa, about how to hit back at Dean by focusing on her political leanings. However, as a meteorologist, she doesn’t usually get involved in politics.

In an American society increasingly geared to react to everything like a 14-year-old girl, we’re all supposed to get the vapors over “Fox weather bitch,” but don’t be distracted by nonsense.

The only thing that matters about this report is Fredo’s approach to discrediting Dean, which was “painting her as a far-right crazy.”

You’ll note that Fredo’s reported game plan was not to tell the truth, was not to get the facts out, was not to push back against lies, was not to correct her misinformation. No, what Fredo wanted was to personally destroy Dean as “crazy.”

It wasn’t even about “exposing” her as “crazy.”

Nope, it was about “painting” her as “crazy.”

Fredo was out to trash Dean as a  nutjob—a woman who just lost her in-laws, he wanted to launch a smear campaign to personally destroy her.

This is exactly who these people are. This is exactly who staffs the corporate media. They are all a mob of venomous, venal, dishonest activists, which is why it took so long for CNN to fire Cuomo. But, you see, this is what CNN loved about him: his shameless and ruthless willingness to lie in pursuit of The Cause.

Listen, I’ve said a lot worse than “Fox weather bitch” in my life. Hell, I probably said worse yesterday. So let’s not be 14-year-old girls about this. All that matters is what this reveals about the monsters who populate the establishment media.

I promise you that no matter how bad you think these people are, they are worse.