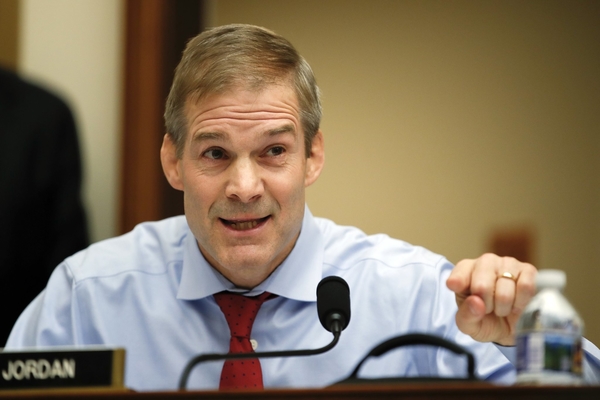 (breitbart) – Rep. Jim Jordan (R-OH) will reportedly chair a select subcommittee in the new Congress to investigate the politicization of the FBI revealed by the “Twitter Files.”

The subcommittee will be called the Select Subcommittee on the Weaponization of the Federal Government. It will give Jordan, the incoming chair of the Judiciary Committee, the means to launch investigations into the White House, big tech, and weaponized law enforcement agencies, according to Axios.

Republicans are touting Jordan’s subcommittee as a “Church Committee,” a reference to a 1970s investigation by Senator Frank Church that uncovered intelligence wrongdoing by both parties.

The subcommittee’s “probe into communications between tech giants and President Biden’s aides will look for government pressure that could have resulted in censorship or harassment of conservatives — or squelching of debate on polarizing policies, including the CDC on COVID,” the reported stated.

The creation of the subcommittee is a result of the speakership negotiations between newly elected House Speaker Kevin McCarthy (R-CA) and the 20 conservative House Republicans who originally withheld their votes from McCarthy.

According to a press release from McCarthy’s office Sunday evening, the subcommittee will contain 13 members, including five Democrats.

The press release outlined details of the subcommittee’s work, explaining it…

McCarthy alluded to the subcommittee in his speech early Saturday morning upon obtaining the gavel after 15 rounds of voting.

“We’re going to pass bills to fix the nation’s urgent challenges — from wide-open southern borders, to America-last energy policies, to woke indoctrination in our schools,” he said.

“We’ll also address America’s long-term challenges — the debt and the rise of the Chinese Communist Party,” he said. McCarthy also promised to “hold ‘the Swamp’ accountable — from the withdrawal [from] Afghanistan to the origins of COVID to the weaponization of the FBI.”

The subcommittee was not the only concession conservatives won as a result of the speakership talks. House rules to be voted upon Monday by the Republican conference guarantee seven bills will receive a vote on the House floor and will not be blocked by House leadership. The bills include efforts to curtail the IRS, illegal immigration, China, and abortion.

The pending rules package also includes several rules that will serve as guardrails for the House moving forward. Those rules include that any one member can force a “motion to vacate” the speaker’s chair; provisions to reduce out-of-control spending, taxes, and debt limit increases; at least 72 hours between the release of a bill’s text and floor vote; and “conservative representation” on important House committees.