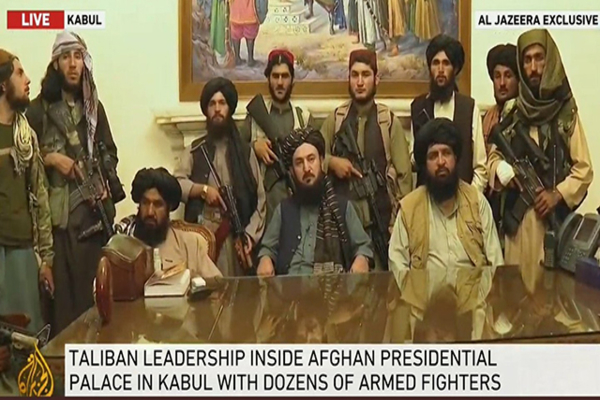 (breitbart) – A French newspaper has published an article arguing that Afghan migrants with Taliban ties may not be a terror threat as the group “are not destined for international jihad.”

The article, written by journalist Jacques Follorou for the newspaper Le Monde, notes that five Afghan evacuees in recent days were put under surveillance after it revealed that they may have ties to the Taliban in Afghanistan.

One of the Afghans placed under surveillance for alleged links to the Taliban was also placed under house arrest at a hotel in Noisy-le-Grand where he was living with his wife, 3-month old daughter, and other family members.

On Monday afternoon he was arrested at a grocery store in the 18th arrondissement of Paris in violation of his house arrest where he was spotted not wearing a face mask. On Wednesday, the man was sentenced to a ten-month suspended sentence.

The Le Monde article moved to reassure readers that alleged Taliban-ties probably weren’t a problem, however, claiming that “Having been a member of the Taliban does not necessarily pose a threat to France”.

Follorou cited Pakistan expert Ahmed Rashid who, claimed earlier this year that the Taliban was an Islamo-nationalist movement that has no global jihadist ambitions, and was therefore probably nothing to worry about.

A similar argument was made by a Swedish journalist who argued that climate change had helped the Taliban rise to power, as many rural farmers had become poor due to droughts and floods allegedly caused by climate change.

Climate correspondent Erika Bjerström claimed rural farmers would often be forced to go into debt to local warlords and, when they were still unable to pay back their loans, the warlords would often take their daughters as payment instead.

“In the resentment that arises when people feel abandoned by the country’s government, local Taliban have easily been able to create opinion against the country’s rule,” Bjerström suggested.