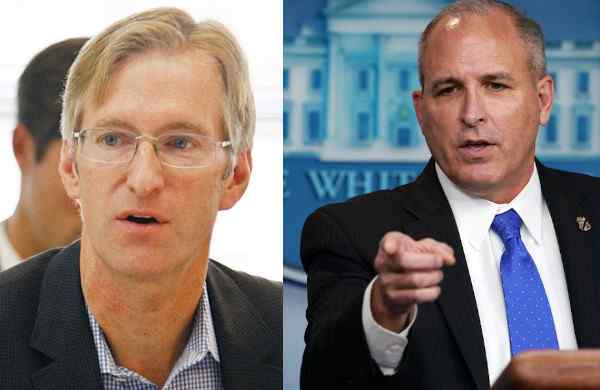 Morgan strongly rejected Wheeler’s demands that federal personnel leave the city of Portland, pointing out the criminal threat directed towards the courthouse on a nightly basis.

Wheeler continues to blame federal law enforcement for the criminal conduct of rioters targeting the courthouse, even as the neoliberal mayor was brutally abused and mocked by the so-called protestors himself when he joined them for a night of riots at the courthouse.

Morgan was even more blunt about Wheeler’s failure of leadership when following up on his remarks on Thursday.

“That’s not a leader; that’s a ten-year old,” said the CBP chief of Wheeler.

President Donald Trump also called out Wheeler’s irresponsibility during an interview with Sean Hannity on Thursday. “Mayor Wheeler. And he’s—he made a fool out of himself. He wanted to be among the people, so he went into the crowd, and they knocked the hell out of him. That was the end of him. So it was pretty pathetic.”

Watch Wheeler’s first set of remarks on the lawlessness and abdication of leadership on the part of Portland’s officials: