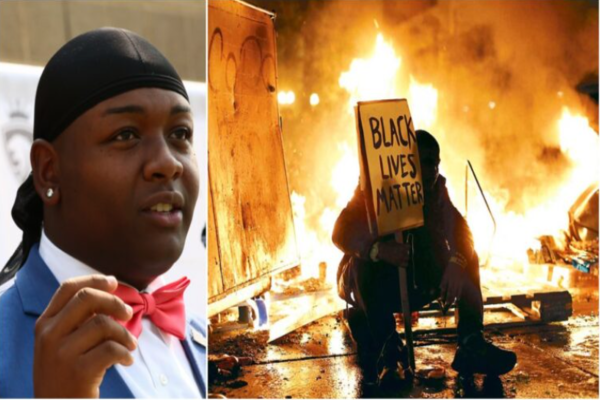 (bigleaguepolitics) – Tay Anderson, the Black Lives Matter (BLM) activist accused of molesting 62 different children, is returning to his role on the Denver School Board.

The Denver Public Schools Board of Education has already spent more than $50,000 investigating the allegations. The Denver Classroom Teachers Association reportedly endorsed Anderson for the school board position after being alerted to at least one of the allegations.

Rob Gould, the president of the DCTA, is standing by his organization’s endorsement of Anderson despite the allegations of Anderson being a vicious serial predator.

“Knowing that smear campaigns are fairly common during election season, the Fund members asked Mr. Anderson about the allegations and were satisfied with his responses that they were unfounded,” Gould said in a statement. “Beyond that, the Fund does not have the capacity to conduct background investigations for each and every candidate.”

Anderson is digging in his heels and refusing to take responsibility for any of the allegations. He hopes to weather the storm in an increasingly diverse and multicultural country that allows certain racial groups to play the victim and get away with anything.

“I have not sexually assaulted anyone. And I am not aware of a situation that can be construed as sexual assault. And I want to ensure that I and others have a fair, transparent and truly restorative process,” he said.

Anderson recently announced to his fellow school board members via email that he will be returning to the board during the 2021-22 school year.

“Despite promises that this investigation would be completed within thirty days, then later prior to the start of the 21-22 school year, I have fully cooperated and participated in the independent investigation being conducted by ILG. I am now told that the investigation will not be completed for at least another four or five weeks, leading us to mid-August,” he wrote.

“The timeline of this external private investigation has changed multiple times and the scope of its inquiry continues to change. Although I remain committed to engaging in a transparent and fair process, I can no longer wait for this process to conclude to initiate my return to serving the families of the Denver Public Schools,” Anderson added.

There is no accountability for certain privileged racial groups in the United States of Somalia. BLM will continue to empower rapists and other cretins as the destructive movement of low IQ jackals continues to devour what’s left of civilization.