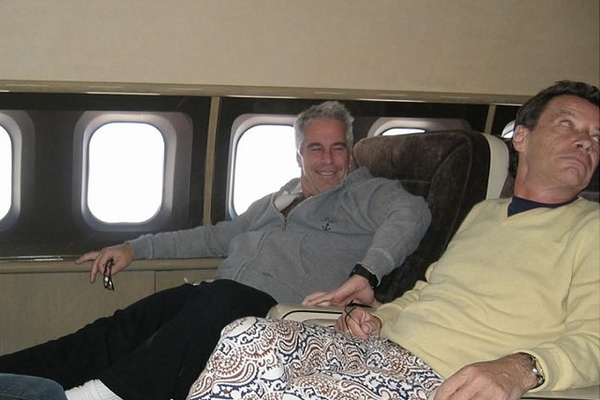 (breitbart) – Jeffrey Epstein’s friend and alleged pimp Jean-Luc Brunel was found dead in his French prison cell in the early hours of Saturday.

Jean-Luc Brunel, 75, was discovered hanged at 1 a.m. Saturday morning in his cell by guards at Paris’ La Santé prison.

Brunel has been suspected of being part of disgraced billionaire Jeffrey Epstein’s paedophile ring and was accused by Virginia Giuffre of having supplied Epstein with “more than a thousand girls” to sleep with — however, he allegedly killed himself while being held on remand and before his relationship with Epstein would have been discussed in the courtroom.

The former modelling agent was facing two charges for the rape of a minor as well as harassing two women, the Guardian reports.

Brunel was also reported to have been classified as an assisted witness for acts of “human trafficking” and “exploiting minors for the sexual purposes”, and French authorities have suggested that his death means that they will be unable to investigate trafficking activities linked to him unless they locate another suspect.

Similar to when Epstein was found dead in 2019, there were no cameras to record Brunel’s last moments, and interestingly both men died in the same way before their trials — i.e. by hanging.

The alleged paedophile was not said to have been on suicide watch and he did not have a cellmate who could have raised the alarm.

Brunel was initially arrested in December 2020 after French police found him attempting to board a plane with a one-way ticket to the French-speaking African nation of Senegal. He was released on bail in November 2021 but was incarcerated on remand a few days later.

Defence lawyers representing Brunel claim he killed himself because he was “crushed” by the allegations and his actions were “not driven by guilt, but by a deep sense of injustice,” insisting he was innocent of his alleged crimes.

The Frenchman had faced numerous rape allegations from women dating back to the 1970s, ’80s and ’90s, but was unable to face prosecution as France has a 20-year limit for bringing criminal charges for sex crimes.

Brunel is also tied to Virginia Giuffre, who recently managed to obtain a £12 million out of court settlement from Prince Andrew after accusing him of raping her three times when she was 17 — accusations which the British royal continues to deny and for which he has faced no criminal charges.

Giuffre had also accused Brunel of sexually assaulting her multiple times in the early 2000s when she was between the ages of 16 and 19.

French police have confirmed that “the multiple rape charges solely relate to the testimony of Virginia Giuffre, and not any of the other alleged rape victims”.