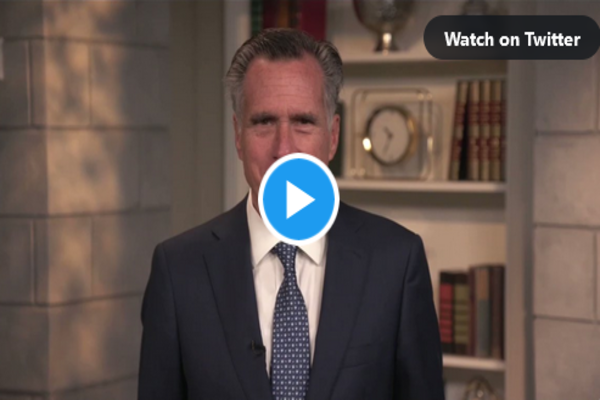 (thegatewaypundit) – Mitt Romney, AKA, Pierre Delecto, on Thursday said he voted for the Pelosi-Schumer Omnibus bill because he doesn’t trust the incoming House GOP majority with crafting a budget.

The Senate on Thursday passed the $1.7 trillion Omnibus spending bill in a 68-29 vote.

Mitt Romney was 1 of 18 Republican Senators to vote for the monstrosity which funds the government until September 2023.

Because of Romney and the other turncoat Republican Senators, the incoming House GOP Majority won’t have any financial leverage against the Democrats in 2023.

Romney thinks this is a good thing.

“The House Republicans say that they want to craft a budget, but they haven’t yet been able to select a speaker and I’m not sure they’re going to be able to take on the budget for this year as well as the next year at the same time,” Romney said referring to McCarthy’s battle for House Speaker.

“Even if they could take on those two things at the same time, it would need Democrats in the Senate to pass it,” he added.

He also voted to give Ukraine an additional $45 billion.

But he doesn’t trust House Republicans with crafting a budget.

The House of Representatives approved the Omnibus bill ahead of the Friday night deadline to avert a partial government shutdown.