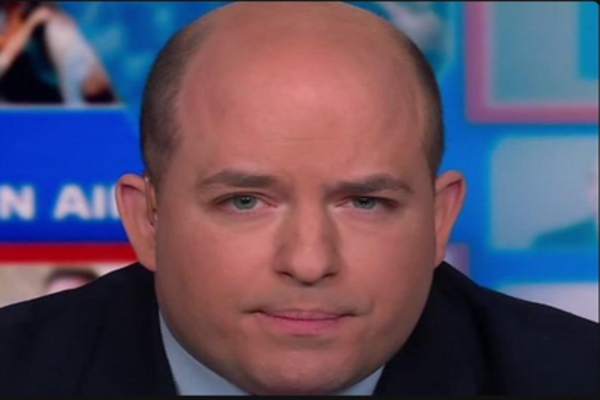 (breitbart) – Anchor Brian Stelter and his CNN show, Reliable Sources, were both canceled on Thursday after controversies engulfed the network.

“It was a rare privilege to lead a weekly show focused on the press at a time when it has never been more consequential,” Stelter told NPR, stating he will reveal more on his last show on Sunday.

CNN could have kept Stelter as an employee but apparently decided against retaining his services. CNN could have also kept his show while parting ways with Stelter. Instead, both the show and Stelter will be no more at the news organization founded by Ted Turner.

“Stelter came to CNN from the New York Times as the nation’s top media reporter. He departs CNN an impeccable broadcaster,” CNN’s executive vice president for talent and content development, Amy Entelis, told NPR. “We are proud of what Brian and his team accomplished over the years, and we’re confident their impact and influence will long outlive the show.”

In June, Breitbart News reported CNN’s new chief Chris Licht was “ready to boot on-air personalities who have destroyed the brand by becoming irredeemable partisan hacks,” which means Stelter must have been on the hot seat after the fresh rebranding tactics have been put forward.

Stelter’s exit comes after the former president of CNN, Jeff Zucker, left the network in February upon being questioned about his relationship with longtime CNN executive Allison Gollust as part of the broader Andrew Cuomo investigation, which showed that former CNN anchor Chris Cuomo had aided his brother, then-New York Gov. Andrew Cuomo, through a sexual harassment scandal.

A former CNN employee confirmed to Breitbart News in March that Stelter was “freaking out” about Zucker’s potential exit because he “will be swept up in the internal investigation given his closeness to Jeff Zucker.” Stelter did not reply to Breitbart News when questioned if he was cooperating with the ongoing internal investigation at CNN in the wake of now-former network president Jeff Zucker’s resignation.

Stelter is well known to have pushed false narratives on his show. Stelter claimed Hunter Biden’s “laptop” was “Russian disinformation.” Yet Hunter’s laptop was verified as authentic by Breitbart News’s Emma-Jo Morris in the fall of 2020. Over a year later, the establishment media finally confirmed its authenticity, including CNN 532 days later.

The suit reportedly claims, “CNN’s broadcast of the false statement accuses the Plaintiff of committing an infamous crime, i.e., treason by working with the Russians to commit a crime against the United States of America by attempting to undermine American democracy and the 2020 Presidential election.”