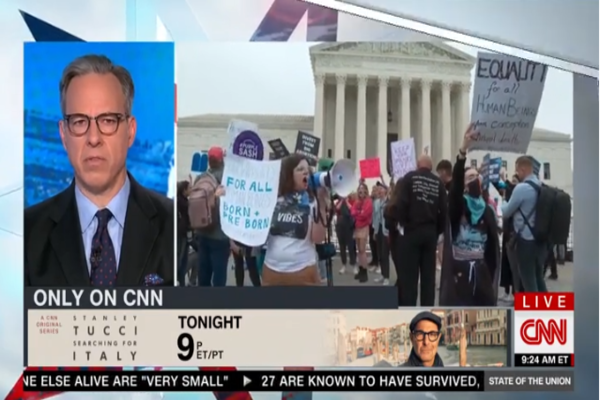 (breitbart) – Senator Kirsten Gillibrand (D-NY) said Sunday on CNN’s “State of the Union” that if the Supreme Court justices who said they believed Roe v Wade was precedent during their confirmation hearings and are now poised to overturn it purposefully misled the Senate.

Gillibrand said, “Four justices in the last hearings I’ve witnessed have said that precedent matters and that precedent is the foundation of our legal system. And so if they just feel they can just up-end this precedent because they don’t like it today, well, that’s inconsistent with what they promised the judges – excuse me, what they promised the senators who voted for them. If you look at the statements of both Susan Collins and Lisa Murkowski, they truly believe their statements were inconsistent with what they told them.”

Anchor Jake Tapper said, “You said the five supreme court justices lied in their confirmation hearings when they said Roe v. Wade was precedent. are you accusing them of committing perjury?”

Gillibrand said, “You know, I come at this issue from the perspective of a lawyer who worked in fraud all the time. Corporate fraud. If a corporation put these kinds of statements in their quarterly filings, they would be seen to be purposefully misleading and would be deemed fraud. So, I think all their statements should be looked at very, very carefully. I think they misled the Senate with the intention of getting their confirmation vote with the intention of overruling roe. And so, I’m very concerned these justices have crossed a line that no one believed would be crossed. That they would purposefully create the impression that they would not overrule settled precedent and that it was not only deserving of due weight and the importance of precedent but reaffirmed it deserves more weight and then go ahead and overturn it, especially with the reasoning that Justice Alito makes in his draft opinion.”