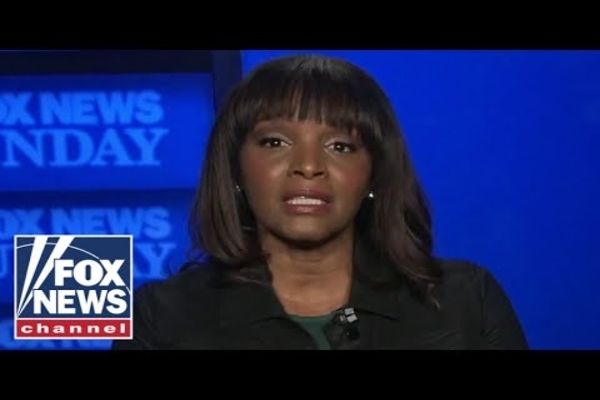 (breitbart) – GOP U.S. Senate candidate Kathy Barnette in an interview on Monday morning refused to support the GOP nominee for U.S. Senate in Pennsylvania if she does not win the nomination on Tuesday.

Asked during an appearance on Breitbart News Daily on SiriusXM 125 the Patriot Channel on Monday by Breitbart News editor-in-chief Alex Marlow if she will support whoever wins the nomination, she said she will not.

“If you do not win tomorrow, do you intend to support the Republican nominee whoever it is?” Marlow asked.

In reply, she said she will not support the Republican nominee against the likely Democrat nominee Lt. Gov. John Fetterman. It is worth noting Fetterman is an avowed socialist, so Barnette refusing to support either Dr. Mehmet Oz or businessman David McCormick if one of them wins instead of her essentially means she would be helping a socialist Democrat win in the general election.

“I have no intentions of supporting globalists,” Barnette said. “I believe we have ran out of room on this runway for this spaceship. I believe we have very little rope left to just roll the dice and we’ll see how it all works out on the other end. I believe our country is in trouble. I don’t believe we have much longer and I believe what I have done is I have made it possible where Pennsylvanians do not have to hold their nose and vote for the lesser of two evils this time. I don’t think we have room to just vote for any old warm body with an R next to their name. I think we can do better than that.”

That also means she could be, depending on what happens elsewhere in America, helping Sen. Chuck Schumer (D-NY) remain the U.S. Senate Majority Leader. Schumer’s slim majority would fall if the GOP takes back a net one seat from Democrats in the midterm elections. This vacant seat for which Barnette, McCormick, and Oz, among others, are running is currently represented by outgoing GOP Sen. Pat Toomey (R-PA). Losing this seat for Republicans would mean that the GOP needs to take two Democrat-held seats elsewhere–no small task, given the Democrat advantages in the 2022 U.S. Senate map–and hold every other battleground seat to retake the majority.

McCormick, in his own interview on Breitbart News Daily later in the show, said he would support whoever wins the GOP nomination even if it is not him.

“I think this race could not be more important,” McCormick said. “I think the country is at stake. So, yes, I would support the nominee. I think the risk of Chuck Schumer staying as the Majority Leader, the risk of this extreme agenda is continuing to take our country in the wrong direction. I believe I’m the best candidate and I will win the general election and I will be a hugely effective senator on day one fighting for our conservative principles but this isn’t about me, this isn’t about any particular candidate.

“This is about doing what’s right for the country, so yes I would support whoever is nominated. I hope and expect that will be me, but as I said this is about our country.”

Oz, meanwhile, has not appeared on such shows and has not answered this question anywhere.