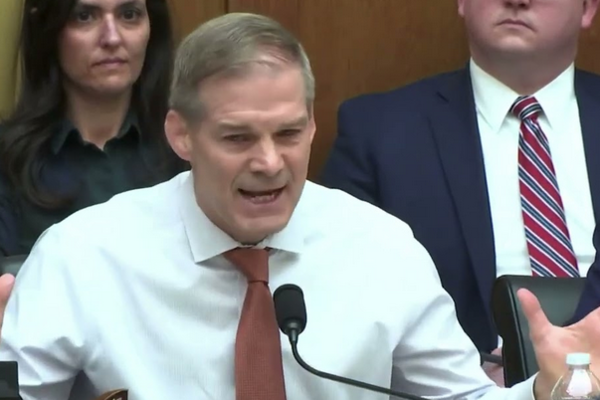 Rep. Jordan has staunchly opposed the JCPA from the start. Other top House Republicans who oppose the media bailout bill include GOP leader Kevin McCarthy and minority whip Steve Scalise. In the Senate, the bill has been publicly opposed by Sens. Blackburn, Rubio, Cotton, Lee, and Hawley.

“This is Big Tech, Big Media, Big Government all colluding to limit who gets defined as a journalist and then to limit the information that we the people get to see,” said Jordan.

“Look no further than what has been in the news the last 24 hours, which is what Big Tech, Big Media, Big Government did relative to the Hunter Biden story, for goodness’ sake. This bill would codify the ridiculous things that happened in October of 2020 when… they suppressed that story. And I think you can make a credible argument that in fact made a difference in the election, and but for that, Joe Biden’s not the president.”

“This bill I think is totally wrong, but number one is how they would define what a journalist is, and then deciding that you form a cartel to go after the other [Big Tech] cartel, but all it’s going to do is get Big Government involved with Big Tech and Big Media in further collusion to censor conservative speech.”

“It is tentatively scheduled for Wednesday,” said Jordan of a rumored House Judiciary Committee markup for the bill.

“We’ll be in there making the arguments we’ve been talking about here. Again, the New York Times and the Washington Post, they’ll be happy to get together and form a cartel and go and talk with Big Tech, but the independent journalist out there, or smaller startups, or conservative outlets…that’s our concern about how this whole thing will play out.”

Jordan said his theory is that the Democrats will try to attach the JCPA to an unrelated “must-pass” bill if it passes out of the House Judiciary Committee.

“My gut tells me is that their plan is to have the markup, have it out of committee, and then throw it onto something else.”