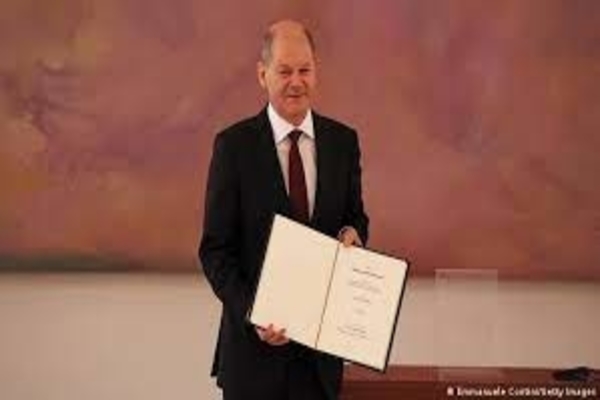 (breitbart) – The leftist leaders of Germany, Spain, and Portugal have written an open letter calling on the French public to back incumbent President Emmanuel Macron against his populist challenger in Sunday’s elections, Marine Le Pen.

German Chancellor Olaf Scholz and the Prime Ministers of Spain and Portugal, Pedro Sánchez and António Costa published an open letter in Spain’s El Pais newspaper on Thursday to urge France to back Emmanuel Macron’s re-election bid in light of the war in Ukraine.

“Populists and the extreme right of all our countries have been vindicating Putin as an ideological and political model, replicating their chauvinistic ideas. They have echoed their attacks on minorities and diversity and their goal of nationalist uniformity.

“We must not forget that, no matter how much those politicians are now trying to distance themselves from the Russian aggressor,” the socialist leaders wrote in a veiled reference to Marine Le Pen, who has argued for closer ties with Russia to counter the growing threat of Communist China.

Further laying out the argument why they believe Macron deserves another term, the heads of state said: “That’s why we need France by our side. A France that has been, again and again, a beacon of democracy and fraternity for Europe and the world. The nation that welcomed the exiles fleeing the dictatorships of Franco and Salazar. A France that defends justice, against anti-democratic leaders, such as Putin.”

The letter is particularly ironic for German Chancellor Olaf Scholz, who has faced international criticism for failing to support Ukraine, and whose country has been one of the major financiers of Russian through its continuing, major purchases of natural gas and oil from Moscow.

It is unclear if such an intervention from foreign leaders in the French presidential election will be welcomed by the public, as similar attempts at interference have backfired against the left, notably when former U.S. President Barack Obama waded into the Brexit referendum, warning that the UK would go to the “back of the queue” for an American trade deal should the British public vote to gain their independence from the European Union.

In addition to the endorsement from the three leftist European leaders, President Macron also received the backing of the Grand Mosque of Paris and the Assembly of Muslims of France (RMF) this week, warning of “far-right” forces seeking the “banishment of Muslims”.

Ms Le Pen has not called for all Muslims to be “banished”, however, she has called for a public referendum on immigration policies and has also called for the Islamic veil to be banned in public. Radical Islam has increasingly become a hot-button issue in France, which has experienced a series of high profile jihadi attacks in recent years, including the beheading of a teacher who showed his class a satirical portrayal of the Islamic prophet during a class on freedom of expression.

Though Macron is still seen as the favourite to win Sunday’s second and final round of voting in the election, polls have tightened, with an Odoxa-Mascaret poll on Thursday conducted for the L’Obs magazine showing Le Pen with 47 per cent of the vote compared to Macron’s 53 per cent, with a 2.5 per cent margin of error.

In her final campaign event of the election on Thursday, Le Pen said that voters have a choice “between Macron and France,” saying that the country deserves a “president who will respect the French” rather than Macron “who doesn’t like them”.