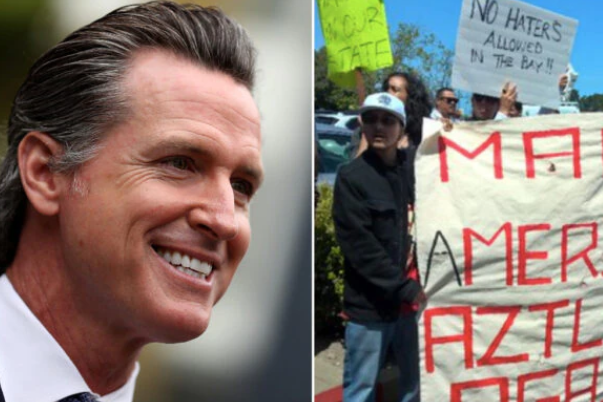 The law places ethnic studies classes on the same par as math and English in California schools. California has long been a home for far-left ethnic studies programs in colleges and universities. Model curriculum for the requirement is recommended to focus upon blacks, Hispanics, Native Americans, and Asians. The Los Angeles United School district had already voted last year to require two semesters of ethnic studies for students to graduate.

The CRT requirement will also serve as an incredible grift to leftist pro-CRT “academics,” creating a paying government job at every high school in the biggest state in the country for them to peddle their prejudiced views. The curriculum requirement enters effect in the 2025-2026 school year.

Increasingly historical education in American public schools and universities is defined solely by a left-wing retelling of narratives regarding minority groups, rather than instruction on broad American history. California school districts have sought to rename schools named after American figures such as Thomas Jefferson, Abraham Lincoln, Teddy Roosevelt, and George Washington, citing claims that the great Americans were “white supremacists” and “known racists.”

California public schools have seen a sharp decline in enrollment since the beginning of the coronavirus epidemic, with many parents citing declining quality of education and left-wing brainwashing. Approximately half of public school students meet English language instruction standards, with less than half meeting math standards.