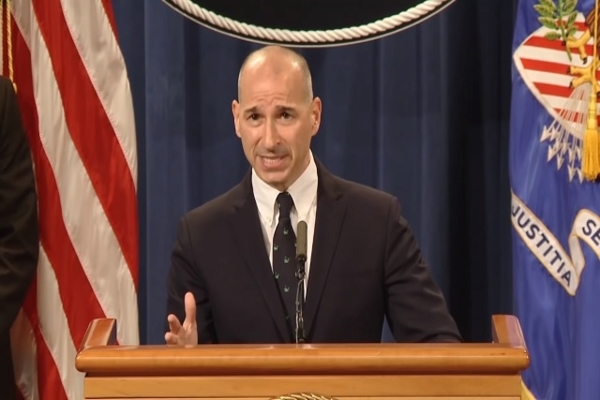 (informationliberation) – The acting US attorney for the District of Columbia, Michael Sherwin, admitted on Friday that “we don’t have any direct evidence” of a plot to kidnap and kill lawmakers by Capitol protesters — just hours after federal prosecutors claimed in court they believe that was the “intent” of “Capitol rioters.”

“We don’t have any direct evidence of kill capture teams,” said Michael Sherwin, the U.S. attorney for the District of Columbia, in a press conference with reporters.

The feds’ legal filing claiming that “the intent of the Capitol rioters was to capture and assassinate elected officials in the United States Government” has been the top story all day across nearly all major media outlets.

The feds used that as an excuse to try and keep the mostly peaceful protesters they’ve arrested from receiving bail.

The media used it as propaganda to give the false impression the mostly peaceful protesters were “violent insurrectionists.”

It’s looking like it was nothing more than a load of bull***t.

BREAKING: Top Trump Aide Confirms Run For Office – She Is Doing IT!