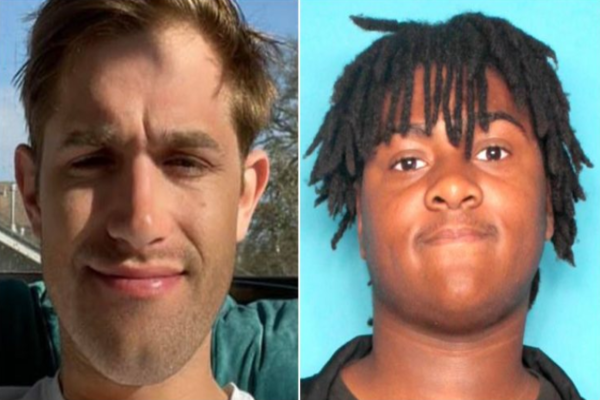 (bigleaguepolitics) – A white Black Lives Matter activist was brutally murdered by an African-American youth this week. The white BLM activist was trying to sell the dirt bike to the black man after meeting him on Facebook Marketplace.

29-year-old Joseph Vindel was a BLM activist who posted the black square on his social media page to show solidarity with the movement of thugs, rioters, killers, brutes, communists, liars, hoaxsters and reprobates.

Now, he’s dead courtesy of one of the individuals who the anti-civilizational BLM terror movement agitates to get back onto the streets as soon as possible.

Law enforcement reportedly received a confession from 20-year-old Jalen Harvey that he did commit the murder. Perhaps if Harvey were aware Vindel was involved in the struggle for equity against white institutional systemic privilege, he may have spared his life.

Big League Politics has reported on other deaths, including the case of Mollie Tibbets, who was murdered by an illegal alien, which was then used by her deranged liberal parents to virtue signal in the media:

“A father whose daughter would be alive today if not for an illegal alien brutally taking her young life wrote an opinion piece condemning those calling for border security in the wake of her death “racist.”

“I encourage the debate on immigration; there is great merit in its reasonable outcome,” said Rob Tibbetts in The Des Moines Register. “But do not appropriate Mollie’s soul in advancing views she believed were profoundly racist.”

Mollie Tibbetts was found dead after disappearing while jogging on July 18. Police say that 24-year-old illegal Cristhian Bahena-Rivera confessed to the crime and led them to where he dumped Tibbetts’ body.

But now, if you might be alarmed at the violent crimes committed by illegals – or at least by this particular illegal – Rob Tibbetts thinks you’re a bigot. Apparently he “encourages” a “debate” on the subject, as long as you’re on the side that advocates for open borders.

“The person who is accused of taking Mollie’s life is no more a reflection of the Hispanic community as white supremacists are of all white people,” he wrote idiotically. “To suggest otherwise is a lie.”

No one is suggesting that all Hispanic people are criminals. That would be foolish, and that has never been the argument.

The argument is that people who reside in our country illegally cannot kill our citizens if they are not allowed here in the first place. One hundred percent of crimes committed by illegals are preventable. Thereby, one crime committed by an illegal – whether it is jaywalking or homicide – ought to be intolerable.

But no matter how horrific or savage the crime committed by an illegal alien, there will always be a leftist like Rob Tibbetts to conflate border security with racism.

“To the Hispanic community, my family stands with you and offers its heartfelt apology,” Tibbetts said. “That you’ve been beset by the circumstances of Mollie’s death is wrong. We treasure the contribution you bring to the American tapestry in all its color and melody. And yes, we love your food.”’

In a multicultural society, tolerance can be lethal. As BLM enables the worst America has to offer, these sort of senseless victimizations will only become common.