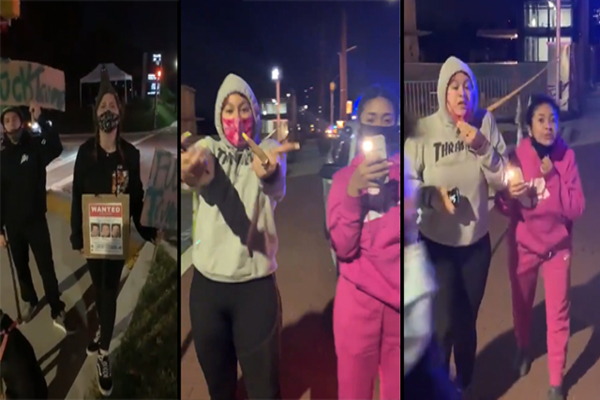 (informationliberation) – Leftist protesters gathered outside Walter Reed military hospital where President Trump is being treated and danced and cheered for the commander-in-chief’s death while holding “F**k Trump” signs.

“Your president is dying!” one woman shouted, dancing and flicking off a group of Trump supporters.

Video of the incident was shared Saturday morning on social media:

Another group of protesters were seen holding up “Fuck Trump” signs and chanting, “Waah, waah, your leader’s gonna die!”

The protesters stood in stark contrast with the large group of Trump supporters who gathered to pray and cheer for his recovery.

President Trump appeared to be in great spirits on Sunday and visited his supporters outside Walter Reed.

Trump’s doctors said he will could be discharged as early as Monday.