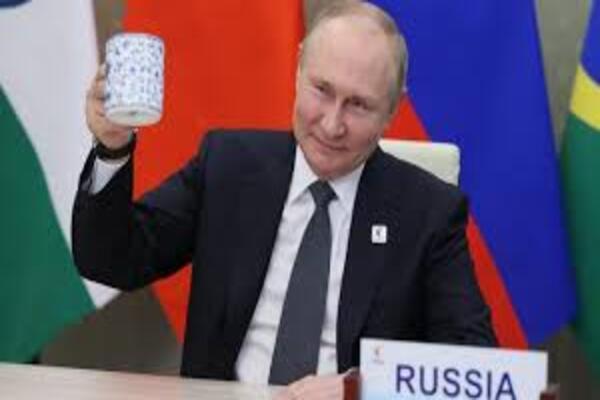 The Kremlin uploaded the decree, signed by Putin on August 25, to an official Russian government legal information portal where it was reviewed by TASS.

“[T]he standard strength of the Russian armed forces next year will be set at 2,039,758, including 1,150,628 servicemen,” the news agency relayed after viewing the document.

TASS noted that a previous decree had established the target size of the Russian Armed Forces at “1,902,758, including 1,013,628 servicemen. It was effective starting from January 1, 2018,” the news agency recalled, adding that the 2018 edict was now considered null and void in light of Thursday’s decree.

Putin signed the last military expansion edict in 2017 and it went into effect in January 2018. That order saw Russia expand the size of its armed forces by “13,698 military personnel and 5,357 non-combatants,” the U.K.’s Guardian newspaper recalled on Thursday.

According to an established Russian Defense Ministry objective for the period spanning 2019 to 2025, Moscow aims to increase the size of its armed forces by a total of 475,600 by the end of the six-year period.

TASS observed the following concerning the size of the Russian military on August 25, writing:

The Kremlin’s announcement this week that it plans to bolster its armed forces coincides with an ongoing war between Russia and neighboring Ukraine, which began on February 24.

The Guardian observed on Thursday that Russia’s government has “so far opted against declaring a general mobilisation” for its war effort in Ukraine but has “recently intensified its efforts to recruit new soldiers, through what some experts have referred to as ‘covert mobilisation.’”

“Regions across Russia have started to form volunteer battalions, offering lucrative short-term contracts to men aged between 18 and 60,” according to the newspaper.

Russia’s casualty count in its six-month-long war with Ukraine remains unknown as the nation’s government does not publically disclose such statistics. The Guardian noted on Thursday that “in May the UK Ministry of Defence said Moscow had lost as much as a third of its ground combat strength since the start of the war.”

U.S. Central Intelligence Agency (CIA) director William Burns speculated in July that roughly 15,000 Russian servicemen had died in the conflict since February 24 “and maybe three times that [had been] wounded.”