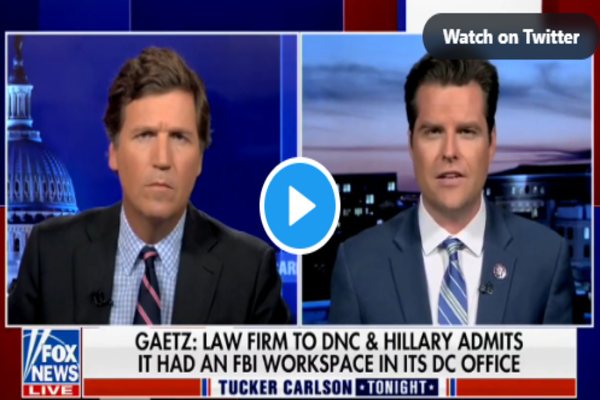 Republican Representatives Jim Jordan and Matt Gaetz have officially sent a letter to the FBI demanding answers regarding a “secure work environment” the bureau has apparently been operating for years in the D.C. office of Democratic law firm Perkins Coie.

Many former federal prosecutors have described the arrangement as “unusual.”

That’s political talk for when you mean corruption, but want to keep your hands clean.

Rightly so, Gaetz said that this arrangement raises “serious questions” about the FBI’s relationship with such an obviously liberal business.

Fox News tried to contact Perkins Coie to confirm the story, but requests were not responded to.