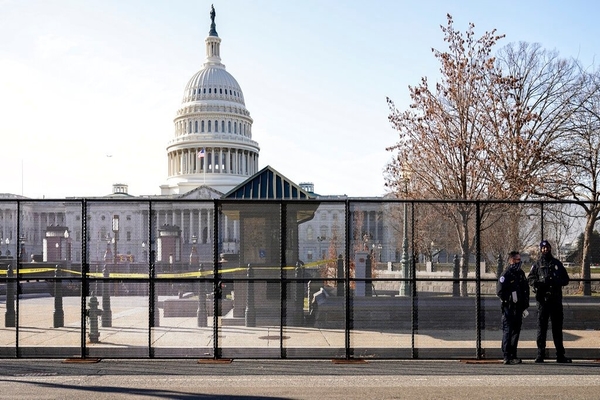 In a statement on Thursday, Pittman said the security at the Capitol building must include a “permanent fencing” barrier — a similar barrier to the one halted by President Joe Biden’s administration at the U.S.-Mexico border.

“As I noted earlier this week, even before September 11, 2001, security experts argued that more needed to be done to protect the U.S. Capitol,” Pittman said in a statement. “In fact, a 2006 security assessment specifically recommended the installation of a permanent perimeter fence around the Capitol.”

“In light of recent events, I can unequivocally say that vast improvements to the physical security infrastructure must be made to include permanent fencing, and the availability of ready, back-up forces in close proximity to the Capitol,” Pittman continued.

Fencing with barbed wire at the top has been surrounding the Capitol for weeks now, as Breitbart News noted, to protect Biden during his January 20 inaugural ceremonies. Other barriers have gone up around Washington, DC, to keep the public out of particular areas.