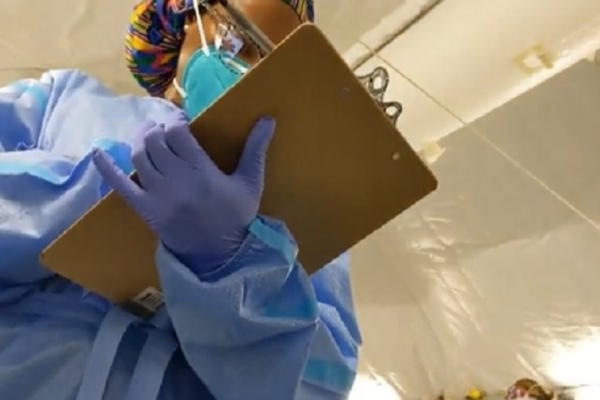 (informationliberation) – A Texas man has been denied monoclonal antibody treatment for covid because he is white.

Harrison Hill Smith, the host of American Journal, revealed the shocking race-based medical rationing scheme in a series of posts Saturday on Twitter.

“If I were black or Hispanic then I’d be able to qualify?” Smith asked a black female medical worker.

“I’m being denied medical service because of my race?” Smith said.

“That’s the criteria,” she said.

In December 2020, the CDC released guidance stating that blacks and Hispanics should be prioritized for vaccination over whites.

“Every US state has been advised to consider ethnic minorities as a critical and vulnerable group in their vaccine distribution plans, according to Centers for Disease Control guidance,” The Daily Mail reported.

“As a result, half of the nation’s states have outlined plans that now prioritize black, Hispanic and indigenous residents over white people in some way, as the vaccine rollout begins.”

I asked at the time, “How long will it be before white people are denied other medical treatments just because of their race?”

It hasn’t even been one year!