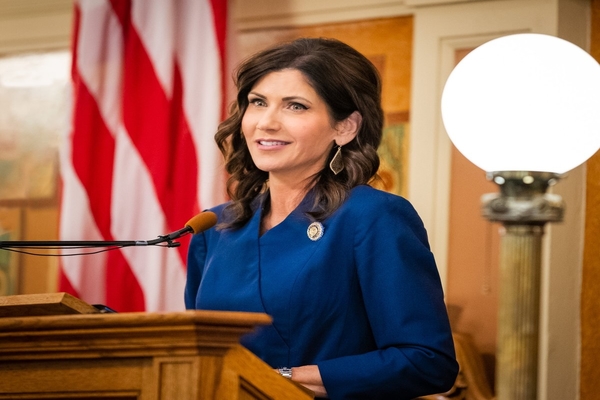 (breitbart) – South Dakota Gov. Kristi Noem (R) has advanced a bill in the state legislature that would codify her executive orders limiting transgender athletes to competing only in categories that correspond to their birth gender.

Noem filed the bill on Tuesday to limit K-12 girl’s school sports and state-funded colleges to allowing only natural-born girls to compete in girl’s categories, according to the Argus Leader.

The governor issued her two executive orders in March after the legislature rejected her revisions of House Bill 1217.

“Only girls should play girls’ sports. Given the legislature’s failure to accept my proposed revisions to HB 1217, I am immediately signing two executive orders to address this issue: one to protect fairness in K-12 athletics, and another to do so in college athletics,” Noem tweeted on March 29. “Additionally, I will be working with legislative leaders to schedule a special legislative session in late May or early June. The special session will address this important issue, as well others (medicinal marijuana and the latest federal spending package),” she added.

Despite the governor’s orders, the state’s South Dakota High School Activities Association did not alter its policy of allowing transgender athletes to pick whatever category they want to play in.

“Only female athletes, based on their biological sex, may participate in any team, sport, or athletic event designated as being for females, women, or girls,” Noem’s new bill reads. The bill defines sex as that assigned at birth.

The new bill adds that students who suffer harm by violations of the law will be awarded grounds to sue a school district, sports league, or college for such violations. A two-year statute of limitations is also appended to any particular incident.

“Gov. Noem’s proposed legislation is clearly fueled by a fear and misunderstanding of transgender people in our state,” said Jett Jonelis of the ACLU of South Dakota. “Gov. Noem says she wants to ‘promote fairness in women’s sports,’ but if that were true, she’d tackle the actual threats to women’s sports such as severe underfunding, lack of media coverage, sexist ideologies that suggest that women and girls are weak, and pay equity for coaches.”