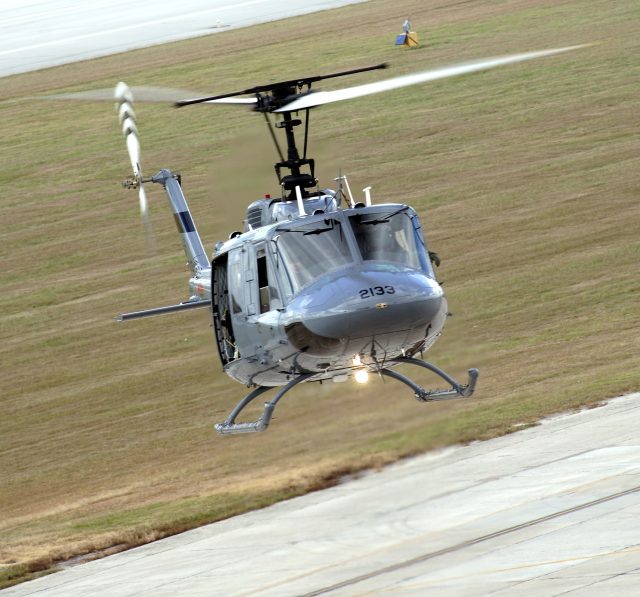 (breitbart) – An Air Force helicopter was forced to land and get medical attention for a crew member after it was shot at over Virginia.

McClatchy reports that a “UH-1N Huey helicopter is assigned to the 1st Helicopter Squadron at Joint Base Andrews” was targeted while performing a training mission.

The Manassas Regional Airport was alerted around 12:20 p.m. that the helicopter was coming in and that medics would be meeting it. The wounded crew member was taken to a hospital, treated, and released.

U.S. News spoke with an Air Force spokesman who reported the helicopter was “struck by a bullet.”

The helicopter is part of the 1st Helicopter Squadron, which “supports the movement of the president and other senior government officials to and from Andrews.”

The Washington Times reported a statement from the FBI which said, “The FBI Washington Field Office is working jointly with our law enforcement partners, including the Air Force Office of Special Investigations, to determine the circumstances surrounding the incident.”

AWR Hawkins is an award-winning Second Amendment columnist for Breitbart News and the writer/curator of Down Range with AWR Hawkins, a weekly newsletter focused on all things Second Amendment, also for Breitbart News. He is the political analyst for Armed American Radio. Follow him on Twitter: @AWRHawkins. Reach him at [email protected] You can sign up to get Down Range at breitbart.com/downrange.