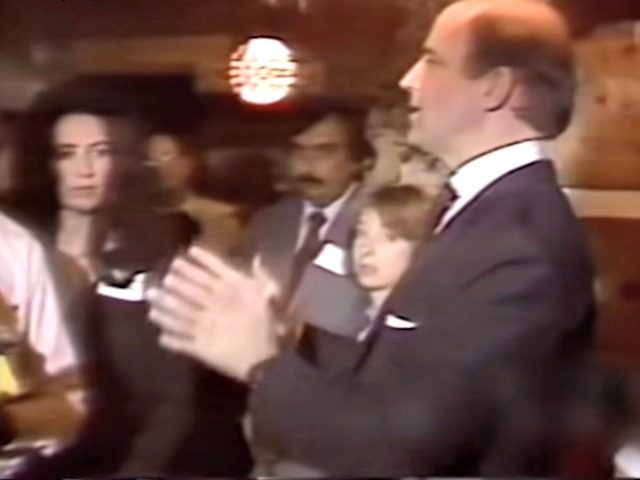 A Restoration PAC ad is calling Joe Biden’s (D) character into question, serving as part of a $2.5 million ad buy targeting voters in Michigan — another crucial battleground state for President Trump to reclaim in November.

Restoration PAC made waves this month with a $2 million ad buy in Wisconsin, thrusting the former vice president’s history of dishonesty to the forefront in an ad that will now run in the Great Lake State, Breitbart News has learned:

The ad, produced by Swift Boat Veterans for Truth ad maker Rick Reed, revisits a highly controversial moment for then-Sen. Biden, who grossly fabricated his resumé during a presidential campaign stop in New Hampshire on April 3, 1987.

“I think I probably have a much higher IQ than you do, I suspect. I went to law school on a full academic scholarship, the only one in my — in my class,” Biden told a man in the clip.

“I was the outstanding student in the political science department at the end of my year. I graduated with three degrees,” he added, telling the man, identified as Frank, that he would “be delighted to sit down and compare my IQ to yours if you’d like.”

The ad generated so much buzz that the Washington Post addressed it in a Monday piece titled, “Joe Biden’s worst-ever campaign moment, revisited.”

“Many readers in Wisconsin have contacted The Fact Checker asking about an ad by a pro-GOP group known as Restoration PAC,” the piece read. The outlet affirmed that “Biden really said this stuff” and reported that “everything happened in the ad as described.”

“The editing of the clip leaves in place the essence of Biden’s remarks and does not manipulate it in a misleading way. So Restoration PAC does not earn any Pinocchios,” the paper concluded.

Biden did not graduate in the top half of his class in law school, he was not named the outstanding student in his college political science department, he did not graduate with three degrees, nor did he go to law school on a full academic scholarship. Nonetheless, Biden claimed that his recollection was “inaccurate.” His lies were eventually forgotten following the eruption of his plagiarism scandal, leading to his departure in the race.

Restoration PAC plans to run the $2,502,771 ad buy through August 11. It will air on all media markets in Michigan.

Per the press release:

Several months after he made the incredible boasts, the Los Angeles Times, Washington Post, Associated Press, ABC, CBS, Newsweek, and NBC, among other outlets, described Biden’s resume claims as false and quoted Biden as admitting as much, citing a bad memory.

Even though the deceptions were covered by the media, they were quickly overshadowed by Biden’s plagiarism scandal that was attributed to his departure from the presidential race later that fall.

“We believe our ad is providing voters an important insight into Joe Biden’s character,” Doug Truax, Restoration PAC founder and president, said in a statement. “He has been deceiving voters for decades.”

Truax indicated that additional money “has been allocated for other crucial presidential swing states,” according to the press release.

Trump defeated Hillary Clinton in Michigan in 2016 by less than half a percentage point.