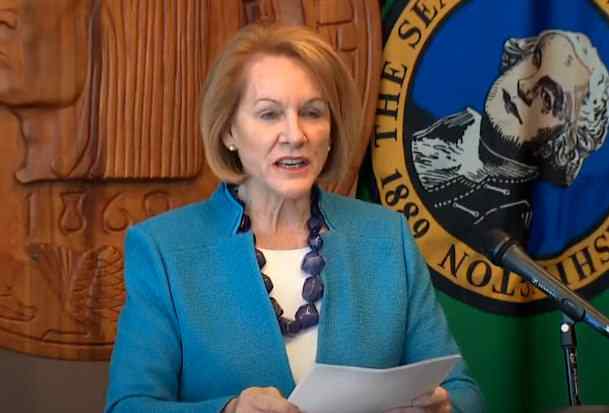 The Seattle Times reported that the Friday ruling over Durkan’s recent handling of police brutality can proceed, allowing petitioners to start getting enough signatures to get the recall measure on the ballot.

KOMO reported that the plaintiffs behind the petition would have to collect 50,000 signatures before an election can be held.

The Durkan petitioners’ recall effort accuses Durkan of “endanger(ing) the peace and safety of the community” by allowing the police to “leak false information about fabricated crimes and threats to the media” and putting a citywide curfew in place without giving advance notice to the public.

The petitioners also accused the mayor of restricting certain property rights in the neighborhoods of Capitol Hill, where many protests occurred, and downtown Seattle.

A spokesperson for the mayor’s office on Saturday rejected these claims, saying the mayor “consistently has acted to protect the City’s public health and safety and to respect the constitutional rights to peaceful protesters.”

The petitioners filed seven charges against Durkan, but of those charges, only one of them was applicable to support the recall election— the use of tear gas and other chemical agents against rioting in the streets that erupted in Seattle during the protests and over George Floyd’s death in May.

Seattle Police used pepper spray and flash bangs to stop the riots in Seattle, which had been going on for days since Floyd’s death.

The recall effort is called the “Fire the Mayor” campaign.