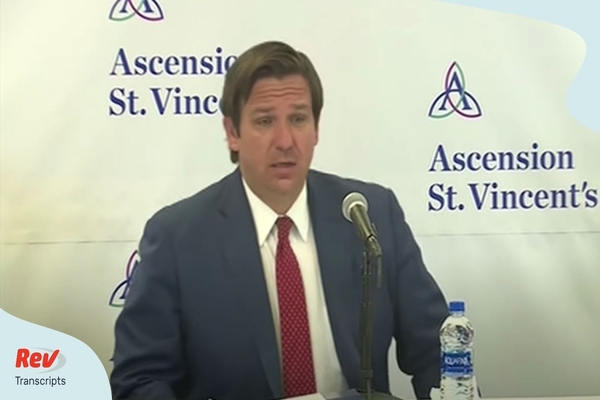 (breitbart) – Florida Gov. Ron DeSantis (R) responded to critics Monday, including potential Democrat gubernatorial challenger Nikki Fried (D), who accused him of being absent when, in reality, he was attending his wife’s cancer treatments during the holiday break.

“I guess I should have been at the beach in Delaware. They would have been really happy about that,” he quipped, referencing President Biden’s beach vacation.

DeSantis noted that they put out a schedule as well, but his critics assume the governor is not doing anything if he is not holding a big press conference. On Wednesday, when there was nothing on the calendar, DeSantis said he caught word that he was apparently on vacation.

“And I just looked at my wife. I’m like, going to the hospital with you is not a vacation for you, I know that. And it’s not a vacation; this is something that as a husband, I think that I should be doing,” he said:

I have accompanied her to all her chemotherapy treatments, and she’s there for a long time. I’m there most of the time. It’s a draining thing. When she’s done with it, you know, it’s not something that’s great to see. And so, I just think a lot of people, particularly people who have gone through breast cancer treatments, the notion that that would be considered a vacation, I think, is offensive to a lot of those folks.

Casey, who announced her breast cancer diagnosis in October, is “not being in the fetal position the whole time,” adding that she is “going to end up good on the other end of it.”

DeSantis ultimately said the critiques were “dumb” and not effective.

When you’re in the political arena, this is the reality with people who don’t shoot straight, he added.

Indeed, Fried, Florida’s agricultural Commissioner, knocked DeSantis over the weekend, accusing him of being absent amid the omicron variant of the virus, prompting a correction from DeSantis’s press secretary as well as others: