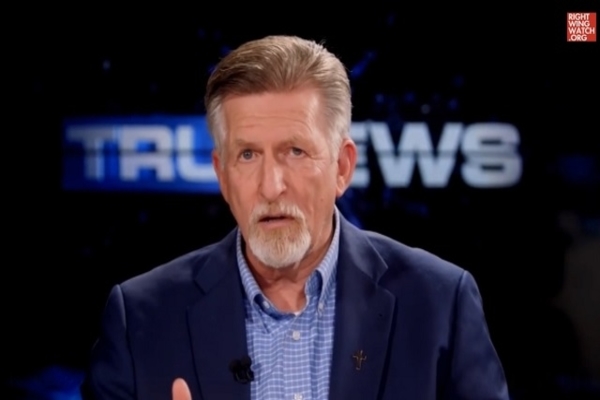 (informationliberation) – Right Wing Watch, an ostensibly “liberal” activist outlet which is funded by billionaire George Soros and otherplutocrats, is very angry that Christian conservative pastor Rick Wiles wants to seize the wealth of Big Tech billionaires and give it to the poor.

Rather than praise Wiles for embracing “socialism” and redistributionism, RWW on Tuesday attacked Wiles as a communist:

For years we have watched as radical right-wing conspiracy theorist Rick Wiles has used his “TruNews” program to endlessly rail against Democrats for allegedly attempting to install a communist, Marxist, or socialist regime in the United States.

It was therefore a little surprising to hear Wiles declare on his television program Monday night that he is thinking about running for president in 2024 on a platform centered on seizing the wealth of the billionaires in this country and redistributing it to the poor.

Wiles said that someone must run on a populist platform of breaking up large technology companies in the United States, making it illegal to be a billionaire, confiscating their assets, and redistributing their wealth, and he might just be the one to do it.

As I noted on Sunday, we’re in the midst of a massive political realignment but no one sees it because the press doesn’t want to acknowledge what’s happening.

“When you use your money and power to change my life, to take away my rights, to try to force things on me that I object to, that I find morally repulsive, when you try to restrict my free speech, when you try to promote population control, you want to pump vaccines into my body, when you want to change society, you know what? You’re my enemy,” Wiles declared. “The only way you’re able to do it is because you’re a billionaire. So then we need to take away your billions.”

As Huey Long used to say about his similar “Share the Wealth” program, his redistributionist plan is “the only stop-gap to Communism!”

I’ve been embracing a similar agenda as well, though I favor a universal basic income so the middle class and the GOP base would actually get back some of the trillions they collectively pay into the system instead of it going disproportionately to the very rich and the very poor.

Bill Maher and other leftists love to criticize middle Americans for not “voting for their own interests” — it’s time to take them up on the offer.

We want candidates to run on Trump’s 2016 agenda combined with a Yang-style automation tax for Big Tech and Big Banks to provide all Americans with a UBI.

“We’re going to cancel Big Tech and make Zuckerberg and Bezos pay for it!”