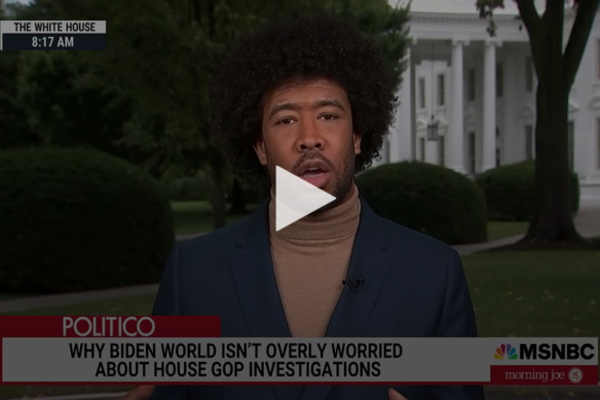 (breitbart) – MSNBC anchor Joe Scarborough said Monday on his show “Morning Joe” that if Republicans win the majority in the midterms and attempt to impeach President Joe Biden, it will blow up in their face.

Politico White House correspondent Eugene Daniels said, “Republicans are talking about investigating President Biden, his administration, and even his family if they are to take over the House. We wondered what’s happening in the White House, what’s happening in Biden world, how are they feeling? And what we found was they’re not as taking it as you would think. You know, no one wants the probes. No one is excited about getting the subpoena. But at the same time, they feel like there’s a really strong possibility that Republicans will overreach because of how long the list of the investigations that they are interested in doing.”

Scarborough said, “I couldn’t agree more. I haven’t really thought about it that much. Looking forward to Republicans getting in there and impeaching Joe Biden. They talked about it. We had just said earlier in the show there are only two examples of the party out of power blowing it in midterm elections. One was after Sept. 11, where Republicans did much, much better than anybody expected, beat all the historical trends. The other, though, when I was there in 1998, during impeachment, Republicans were sure they going to do extraordinarily well. It blew up politically in their face, and Democrats and Bill Clinton did much better. We expected this to push Bill Clinton to the side. In the end, it cost Newt Gingrich his job. So impeachment, for the most part, makes the party base feel great. It is a political loser.”