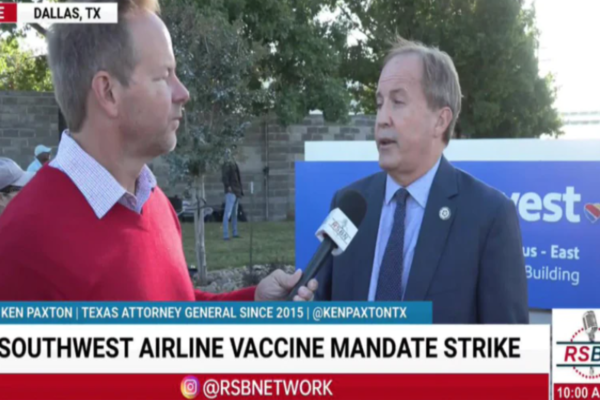 (bigleaguepolitics) – As a consequence of employee uprisings against draconian vaccine mandates, Southwest Airlines canceled a plan on Tuesday that would have put staff who chose to not take the experimental COVID-19 shot on unpaid leave starting in December. The policy specifically applied against those seeking religious or medical exemptions.

“If an accommodation has not been reviewed or approved by December 8, the Employee will continue to work, while following all COVID mask and distancing guidelines applicable to their position, until the accommodation has been processed,” an unnamed Southwest spokesperson said.Statue of Thomas Jefferson to Be Removed from New York City HallKeep Watching

“While we intend to grant all valid requests for medical and/or religious accommodations, in the event a request is not granted, the Company will provide adequate time for an Employee to become fully vaccinated while continuing to work and adhering to safety protocols,” they continued.

It is important to note that the airline does plan to fire any employees who refuse to comply should their religious or medical exemption requests be denied.

This comes after Southwest issued a statement on Oct. 4 telling staff members that they will be forced to take a COVID-19 shot following the Biden administration’s plan to implement harsh fines and more on companies with federal contracts as punishments for not implementing a vaccine mandate.

Hundreds of Southwest pilots and flight attendants reportedly held a protest outside the airline’s headquarters in Dallas on Monday, Oct. 18 over the draconian policy.

“I think its important for people to stand up right now, or the federal government is going to be dictating these types of things beyond even what they’re doing now,” said Paxton.

Paxton continued, “While they’re ignoring the border, people are crossing the border with no vaccines, they’re spreading them all over the country with Covid, and yet—they’re willing to push employers like Southwest Airlines to fire their employees.”