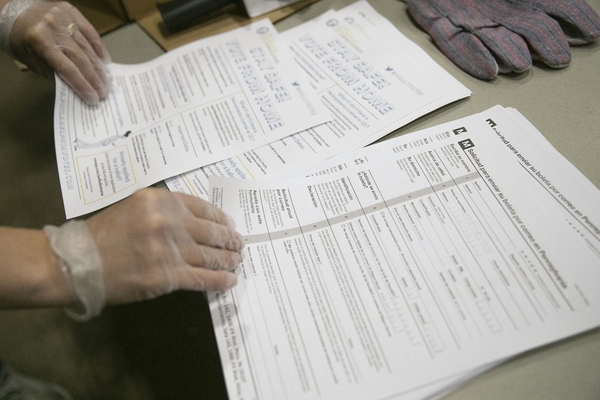 Speaking to O’Keefe, the Elkins Park, Pennsylvania, whistleblower, said that meant other political mail was “garbage”:

James O’Keefe: “You’re a letter carrier. OK. And tell me what your boss told you on Nov. 9.”

Elkins Park USPS whistleblower: “You were told that the only political mail that will be delivered from now on will be that of the ‘winner,’ in this case, Joe Biden. And that other political mail from other sources and senders would be put into the undeliverable bulk business mail bin or UVM.”

Elkins Park USPS whistleblower: “All political mail for Biden was to be continued to be treated as first-class and delivered the day it was received.”

James O’Keefe: “What happens to the undeliverable bulk business mail?”

Elkins Park USPS whistleblower: “I believe it goes back to the plant, but undeliverable bulk business mail is essentially a step away from the garbage.”

Project Veritas has been publishing allegations of inappropriate practices by USPS workers in Pennsylvania and Michigan. In one case, USPS employee Richard Hopkins reported that a supervisor had told him to backdate mail-in ballots so that they would appear to have been mailed by Election Day, and would hence be eligible to be counted.

Though the Washington Post reported that Hopkins recanted his story, Hopkins denied that he had, and O’Keefe published audio purporting to show an inspector pressuring Hopkins. Other allegations published by Project Veritas include the improper dumping of spoiled ballots.