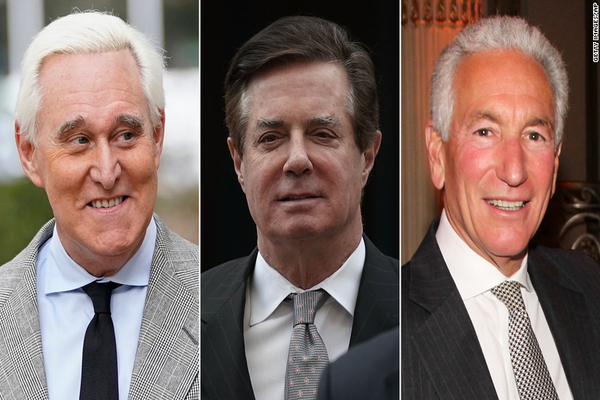 The entire statement from his office said:

U.S. Senator Ben Sasse released the following statement after President Trump exercised his constitutional power to issue pardons to another tranche of felons like Manafort and Stone who flagrantly and repeatedly violated the law and harmed Americans.

‘This is rotten to the core.’

Trump on Wednesday pardoned 26 individuals, including 2016 campaign advisers Paul Manafort, Roger Stone, and George Papadopoulos, who were investigated by the FBI as part of its probe into the Russian collusion hoax but convicted on charges completely unrelated to collusion. Trump also commuted part or all of the sentences for three additional Americans.

One of the individuals Trump pardoned was Topeka Sam. Sam served three years of a 130-month sentence she received in 2012 after pleading guilty to a conspiracy to process and distribute cocaine, but has since dedicated her life to helping other women towards a path of redemption and founding Ladies of Hope Ministries.

Sasse’s statement refers to those pardoned as a “tranche of felons.”

In October, Sasse reportedly held a call with his Nebraska constituents and slammed Trump, saying he “mishandled the coronavirus response, ‘kisses dictators’ butts,’ ‘sells out our allies,’ spends ‘like a drunken sailor,’ mistreats women, and trash-talks evangelicals behind their backs,” according to the Washington Examiner. According to the Examiner, he is a potential 2024 presidential hopeful.

Sasse also incorrectly predicted a “blue tsunami” on Election Day — despite historic turnout for a Republican president as well as big gains in the House for Republicans.

Trump criticized Sasse as a “RINO” in August, after Sasse bashed him for issuing executive orders to halt the government’s collection of payroll tax and provide $400 federal unemployment checks to Americans.

As Breitbart News reported, Sasse said in a statement: “The pen-and-phone theory of executive lawmaking is unconstitutional slop…President Trump does not have the power to unilaterally rewrite the payroll tax law.”