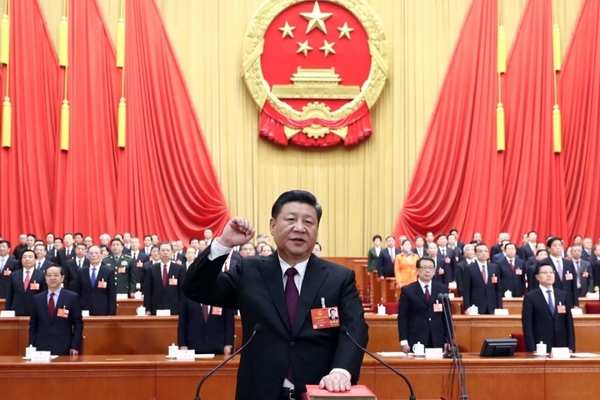 (breitbart) – During a Tuesday appearance on Fox Business Network’s “Mornings with Maria,” Rep. Michael Waltz (R-FL) discussed his House resolution calling on the United States to boycott the 2022 Winter Olympics if the event is not moved out of China. The resolution is in response to the Chinese Communist Party’s various human rights violations, censorship and cover-ups regarding the coronavirus.

Waltz noted the actions of the “brutal dictatorship” in China. He said he “can’t imagine” the United States participating in the Olympic Games in China given the corruption of the Chinese leadership.

“You look at — you know, the Chinese Communist Party unleashed coronavirus on the world,” Waltz outlined. “Over 2 million dead worldwide — they covered it up. They arrested journalists, arrested doctors who were trying to ring the bell to the world, and now you have ongoing genocide as we speak, Biden Secretary of State Antony Blinken agreed in his testimony for his nomination — forced labor, forced rape, internment camps and concentration camps of over a million Uighurs — not to mention what they have done to Hong Kong and basic religious freedoms with the Buddhists, Tibetans and Christians.”

He continued, “This is an absolutely brutal dictatorship, and I don’t see how the International Olympic Committee gives them the honor of having the Olympic Games in its capital. I can’t imagine the American flag with our athletes there in Beijing after what they put the world through and after how they are brutalizing their own people. And 180 international human rights organizations are also calling on the IOC to move the games. I want to be clear — we want the games to go on, but we want them out of China, but if that doesn’t happen, I don’t see how we participate.”

Waltz called on President Joe Biden to “walk the walk when it comes to human rights.”

“I can’t think of any more gross, brutal and despicable human rights abuses that are going on than what’s going on in China right now,” he added.