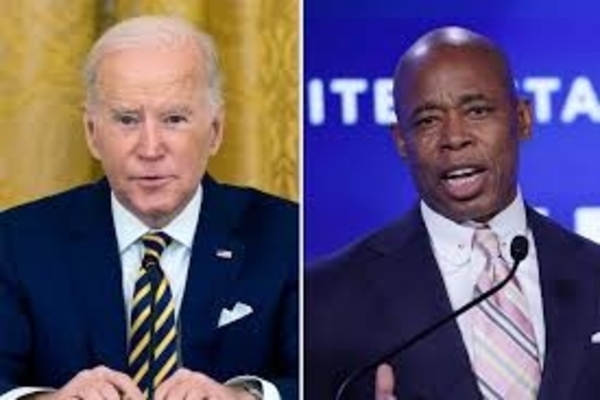 (breitbart) – New York City Mayor Eric Adams (D) may be weighing a bid for the White House, City Hall workers and others in his orbit reportedly told the New York Post this week.

Adams made fighting crime a central issue of his campaign in November, but a recent poll showed that voters are unhappy with his failure to deliver on those promises, according to a report by Breitbart News on May 5: “A survey by Quinnipiac University shows crime is the top concern of 49 percent of city voters — more than triple the 15 percent of respondents who cited affordable housing and 12 percent homelessness.”

In addition, Adams recently found himself in hot water for reportedly traveling to Los Angeles for an A-list private dinner, even as his own city suffered from surging crime.

According to the Post article, a Brooklyn Democrat official who had been in talks with the mayor claimed he was “considering a White House run in 2024 if Biden doesn’t seek re-election.”

If Adams decides to run, he will join a handful of other New York City mayors (and former mayors) who have sought the presidency. Previous examples include Bill de Blasio, Michael Bloomberg, and Rudy Giuliani.

However, adviser Evan Thies told the Post, “The mayor has not had any conversations with anyone about running for president. He is 100% focused on lowering crime and improving the economy in New York, and bringing this city back.”