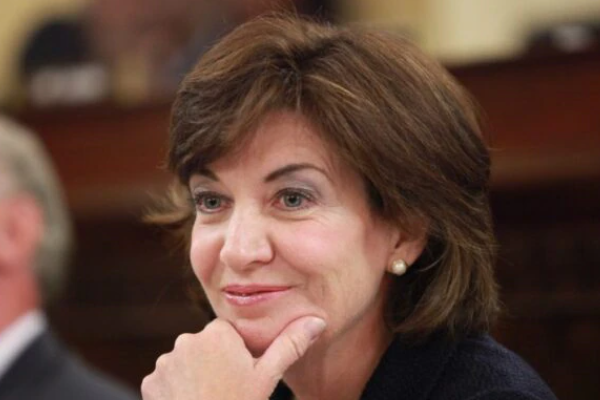 (bigleaguepolitics) – Gov. Kathy Hochul (D-NY) announced Monday that she is deploying the New York National Guard to replace healthcare workers who will be fired after tonight for choosing to not take the COVID-19 jab.

Hochul has acknowledged that a large labor shortage will occur as a result of firing workers for not taking a COVID shot, seemingly deciding that enacting more emergency powers that allow for the hiring of both National Guard agents and presently unlicensed health workers will pick up the slack.

At an afternoon press conference, Hochul said that New York was “nation-leading” with a mandate set to take effect at midnight forcing health workers to get the COVID-19 jab and that she was signing another executive order to allow herself more power in dealing with the resulting labor shortages. “That’s going to allow me to deploy the National Guard, who are medically trained,” she said, as well as to deploy retired health workers “who may have had a license lapse.”

MSN reported that according to state health data, 16 percent of New York’s health workers have not been not received the full COVID-19 shot. The new forced vaccination mandate will affect up to 70,000 of the state’s 450,000 hospital personnel, who could be suspended or terminated from their positions starting on Tuesday. Another 25,000 employees at nursing homes and adult care facilities are also facing the threat of losing their jobs.

Hochul said that firing the existing health care workers was “not [her] first position” with many questioning whether she sincerely believed this after saying that her “desire is to have the people who’ve been out there continue to work in their jobs, work in them safely. And to all the other health care workers who are vaccinated, they also deserve to know that the people they’re working with will not get them sick.”

In other words, New York Governor Kathy Hochul claims that she did not want to fire and potentially destroy the careers of tens of thousands of our nation’s first responders, but she had to.

Recent crackdowns by Hochul and others have spurred many questions as to whether the COVID-19 pandemic lockdowns, mandates, and laws are truly meant to benefit public health, especially in the wake of mass firings of health care workers that are becoming more prevalent as time goes on.