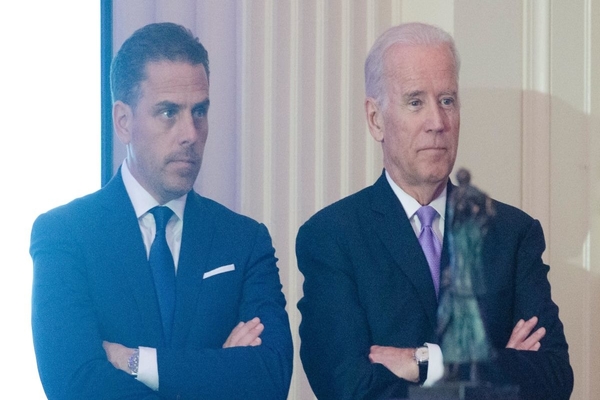 (breitbart) – The New York Times falsely claimed Sunday that Hunter Biden’s laptop was “stolen,” when in fact it was abandoned at the computer repair shop to which he had taken it and which had tried to contact him.

As Breitbart News and others have reported for years, citing repair store owner John Paul Mac Isaac, “Hunter Biden dropped the computer off at his shop on April 12, 2019, to conduct a ‘data recovery.’ He says he called Biden the next day to inform him the recovery was completed, but Hunter never picked it up.”

The laptop was never “stolen.” It was abandoned, and the store took legal possession of it, in accordance with documents that Hunter Biden signed himself when dropping off the laptop for repairs. He never reported it stolen or missing.

However, the Times‘ Michael M. Grynbaum, reporting on last Friday’s report by Matt Taibbi about the internal deliberations at Twitter (now owned by Elon Musk) that led to news about the laptop being censored in October 2020, wrote:

Mr. Musk and Mr. Taibbi framed the exchanges as evidence of rank censorship and pernicious influence by liberals. Many others — even some ardent Twitter critics — were less impressed, saying the exchanges merely showed a group of executives earnestly debating how to deal with an unconfirmed news report that was based on information from a stolen laptop.

Readers picked up on the false claim:

The discussion at Twitter had nothing to do with the laptop being “stolen,” but rather the unfounded claim that the materials on the laptop had been “hacked,” which was used as a pretext for censoring the story.

In 2018 and 2020, Breitbart senior contributor and Government Accountability Institute President Peter Schweizer published Secret Empires and Profiles in Corruption. Each book hit #1 on the New York Times bestseller list and exposed how Hunter Biden and Joe Biden flew aboard Air Force Two in 2013 to China before Hunter’s firm inked a $1.5 billion deal with a subsidiary of the Chinese government’s Bank of China just 10 days after the trip. Schweizer’s work also uncovered the Biden family’s other vast and lucrative foreign deals and cronyism.

Breitbart political editor Emma-Jo Morris’s investigative work on the Hunter Biden “laptop from hell” also captured international headlines when she, along with Miranda Devine, revealed Joe Biden was intimately involved in Hunter’s businesses, appearing to even have a 10% stake in a company the scion formed with officials at the highest levels of the Chinese Communist Party.