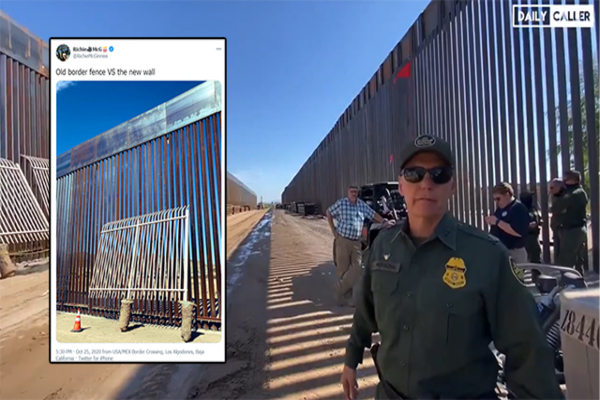 From The Daily Caller’s Richie McGinniss:

Trump has faced massive adversity to try and get his wall built across our entire southern border and mostly was only able to replace old fencing and delapitated barriers (CBP say they’ve replaced/built 371 miles) but you can see clearly that the replacement walls he’s managed to get up will be multiple times more effective than what we had before.

Coyotes generally travel on specific routes which are the safest and easiest to get across and simply shoring up our defenses at those spots can have a huge effect.