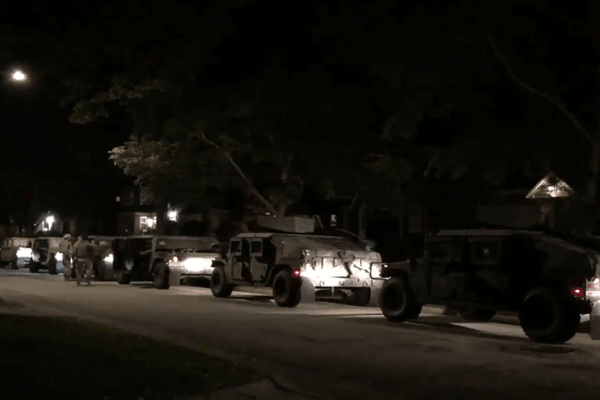 TMJ NBC4’s Shaun Gallagher tweeted a video showing protesters being surrounded by law enforcement and pushed north. The protesters can be seen carrying shields as they appear to block traffic.

Other tweets show large numbers of National Guard vehicles on the street.

WISN 12 reporter Caroline Reinwald tweeted a video showing a law enforcement operation at a church where police are placing multiple people under arrest.

Violence erupted as “peaceful protesters” identified what they believed to be an undercover police vehicle. They are seen to start vandalizing the occupied vehicle before it drives away.