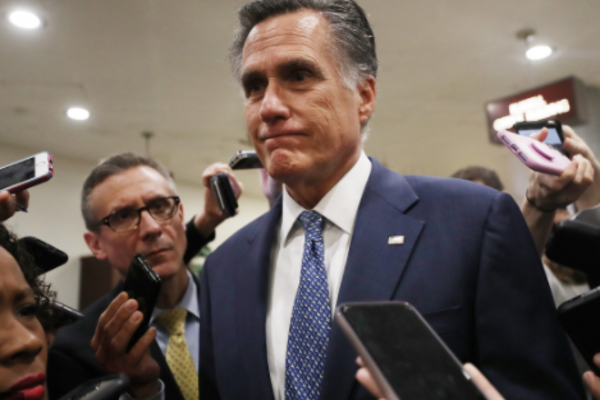 “Expelling Liz Cheney from leadership won’t gain the GOP one additional voter, but it will cost us quite a few,” Romney wrote on Twitter.

Romney’s comments come after the Utah Republican praised Cheney last week, saying: “Every person of conscience draws a line beyond which they will not go: Liz Cheney refuses to lie. As one of my Republican Senate colleagues said to me following my impeachment vote: ‘I wouldn’t want to be a member of a group that punished someone for following their conscience.’”

Cheney has faced blowback for her repeated criticisms of former President Donald Trump. Last Monday, Cheney garnered ire for stating that anyone alleging that the 2020 presidential election was stolen is “poisoning our democratic system” — a direct rebuke of Trump, who claimed previously that his defeat to President Joe Biden would be known moving forward as “THE BIG LIE!”

“The 2020 presidential election was not stolen,” Cheney tweeted of the former president’s remark. “Anyone who claims it was is spreading THE BIG LIE, turning their back on the rule of law, and poisoning our democratic system.”

Cheney’s targeting of Trump has has become too large a distraction for the House Republican caucus to ignore at a time when the party is working to retake the lower chamber. House Minority Leader Kevin McCarthy (R-CA) and House Minority Whip Steve Scalise (R-LA) have both endorsed Rep. Elise Stefanik (R-NY) to replace Cheney as House Republican Conference chair.

“To defeat Nancy Pelosi and the socialist agenda, we need to be united, and that starts with leadership. That’s why we will have a vote next week, and we want to be united and looking moving forward. I think that’s what will take place,” McCarthy told the Fox News Channel’s Sunday Morning Futures.

“Any member can take whatever position they believe in. That’s what the voters vote on the individuals, and they make that decision. What we are talking about, it’s a position in leadership,” he added. “We are in one of our biggest battles ever for this nation and the direction of whether this century will be ours. As conference chair, you have the most critical jobs of the messenger going forward.”

A vote on the matter is expected to take place Wednesday.