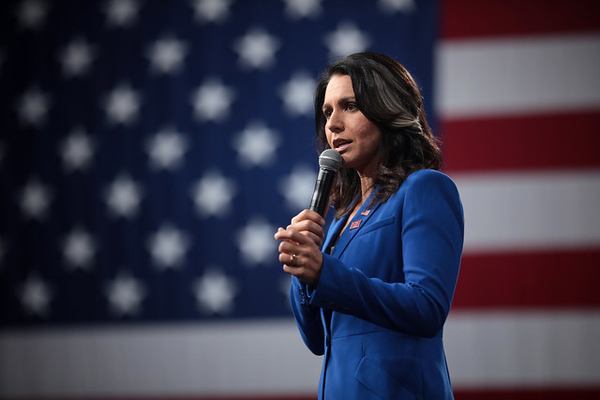 Mayor Lightfoot announced on Wednesday that she will only be granting interviews to “black and brown” reporters.

“It’s a shame that in 2021, the City Hall press corps is overwhelmingly white in a city where more than half of the city identifies as black, Latino, AAPI or Native American,” Lightfoot said.

“Mayor Lightfoot’s blatant anti-white racism is abhorrent,” Gabbard said on Twitter. “I call upon President Biden, Kamala Harris, and other leaders of our county—of all races—to join me in calling for Mayor Lightfoot’s resignation. Our leaders must condemn all racism, including anti-white.”

Is that so hard, Republicans?