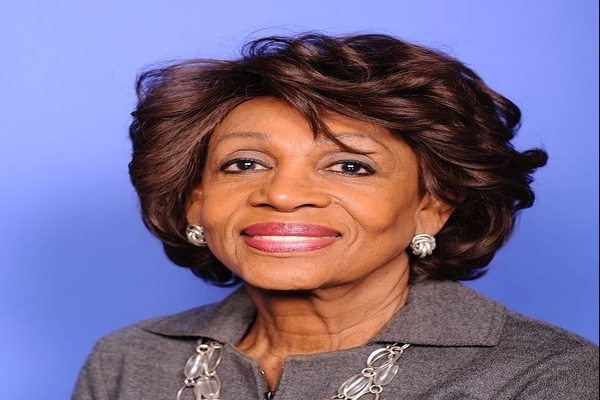 Waters also said the Trump campaign was “targeting minority communities” to “intimidate and frighten and keep people from voting” on Thursday’s broadcast of MSNBC’s “The Beat.”

Waters said, “I thank you for bringing attention to what is being organized basically by the president of the United States. It is simply voter intimidation. We’re there talking about having over 50,000 volunteers who will be poll watchers, that is being organized by the president’s son. They are simply targeting minority communities, targeting low-income communities, and making sure that they do everything possible to intimidate and frighten and keep people from voting. The history of this is replete with these kinds of actions. As a matter of fact, if we go back to the history of intimidation, we find that when African-Americans were intimidated by bosses where they worked, or they were renting from white managers of property who said, if you go to the polls to vote, we’re going to evict you. Being intimidated about your job, about where you rent, at the polling place, asking you to count the number of beans, jelly beans in jars, it goes on and on and on. And it is moved to another level that we all know about, and we’ve all seen happen before. When you put these bullies out there with armbands, talking about, what? National ballot security task force as has been described by Trump, Jr., that is meant to intimidate.”

She added, “What they’re saying is they’re going to organize and use the tactics of intimidation and voter suppression. That’s what they’re describing. They are not ashamed to talk about this. It is shocking that the president of the United States could be organizing in such a fashion, number one, to talk about mail-in voting will be fraudulent, fraudulent. Making people think there’s something wrong with the system. It is unthinkable and unconscionable that they would organize openly to talk about how they’re going to intimidate at the polling place. That’s what they’re doing. To have the president of the United States of America who unashamedly is organizing right before our very eyes to do intimidation. We’ve got to work against it.”