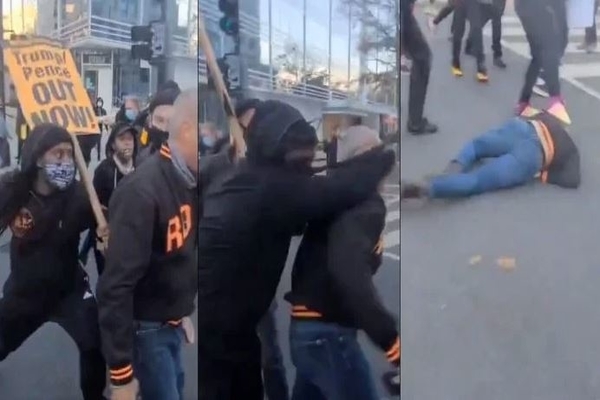 (nationalistreview) – A scuffle resulting in one brutal beating of Trump supporter took place a short while ago on the streets of DC. The clip can be seen in its entirety below and for those with children in the room, viewer discretion is advised.

A number of Black Lives Matter counter-protesters can be seen pushing and hitting Trump supporters from behind at the start of the clip before the cameraman makes his way further down the street and spots another counter protester on a megaphone telling Trump supporters to leave.

Taking issue with this, the Trump supporters attempted to grab the megaphone. One Trump supporter then pushes the megaphone man to ground and is almost instantly mobbed by the Black Lives Matter crowd. Eventually, he is coldcocked and briefly loses consciousness while a female counter protester stomps on his head.