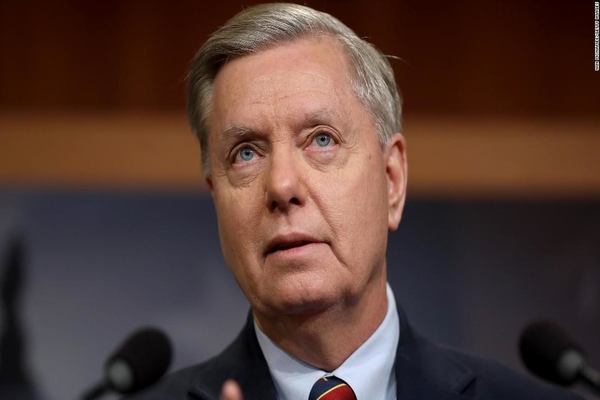 (foxnews) – Members of Congress are still sharply divided over what should be the fate of Edward Snowden if he ever returned to the U.S.

“To those urging a pardon of Edward Snowden: You are suggesting President @realDonaldTrump pardon a traitor,” Sen. Lindsey Graham, R-S.C., wrote on Twitter Tuesday. “Edward Snowden is NOT a victim. Snowden has American blood on his hands and should be prosecuted to the fullest extent of the law.

“To pardon Snowden would be a betrayal of all those who have sacrificed since 9/11 to protect our nation,” Graham continued.

Graham was responding to a call from Rep. Tulsi Gabbard, D-Hawaii, for President Trump to pardon Snowden and Julian Assange. She said the two whistleblowers should be rewarded for exposing “the deception and criminality of those in the deep state.”

Other Republicans have sided with Snowden, including Florida Rep. Matt Gaetz, who slammed a tweet from GOP Rep. Liz Cheney, of Wyoming, that said pardoning Snowden would be “unconscionable.”

“The Cheney ideology supporting forever wars puts more troops at risk than @Snowden ever did,” Gaetz tweeted back. He asserted that pardoning Snowden was “the right thing to do.”

Cheney claimed Snowden had put the U.S. and the military at risk by “giving secrets to Russian and Chinese intelligence.”

“James Clapper brazenly lied to Congress denying that the Deep State was spying on all Americans. @Snowden simply revealed Clapper’s lies and exposed unconstitutional spying. He deserves a pardon from @realDonaldTrump,” he wrote on Twitter.

Trump in August told the New York Post he was going to “look at” pardoning Snowden.

“There are a lot of people that think that he is not being treated fairly. I mean, I hear that,” Trump continued.

His comments were a remarkable reversal of course for the man he once deemed a “traitor.”

“Snowden is a spy who should be executed – but if it and he could reveal Obama’s records, I might become a major fan,” Trump wrote on Twitter in 2013.

Snowden, hiding in Russia, said last year he would return to the U.S. if he would be guaranteed a fair jury trial.

“That is the ultimate goal, but if I’m going to spend the rest of my life in prison then my one, bottom-line demand that we all have to agree to is that at least I get a fair trial,” Snowden said on “CBS This Morning.” He said that the U.S. government has “refused” to guarantee one.

The ex-NSA contractor blew the lid off U.S. government surveillance methods in 2013. Moscow has resisted U.S. pressure to extradite Snowden, who faces charges that could land him in prison for up to 30 years.

The Guardian in Britain published the first story based on Snowden’s disclosures.

It revealed that a secret court order was allowing the U.S. government access to Verizon phone records for millions of Americans. Later stories, including those in The Washington Post, disclosed other snooping, and how U.S. and British spy agencies had tapped into information from cables carrying the world’s phone and Internet traffic.

Snowden’s defenders maintain that the U.S. government has for years exaggerated the damage his disclosures caused.

Glenn Greenwald, an Intercept co-founder and former journalist at The Guardian, said there are “thousands upon thousands of documents” that journalists have chosen not to publish because they would harm peoples’ reputation or privacy rights or because it would expose “legitimate surveillance programs.”

In a memoir published last year, Snowden wrote that his seven years working for the NSA and CIA led him to conclude that the U.S. intelligence community had “hacked the Constitution” and put everyone’s liberty at risk, and that he had no choice but to turn to journalists to reveal it to the world.

“I realized that I was crazy to have imagined that the Supreme Court, or Congress, or President Obama, seeking to distance his administration from President George W. Bush’s, would ever hold the IC legally responsible — for anything,” he wrote, using an abbreviation for the intelligence community.