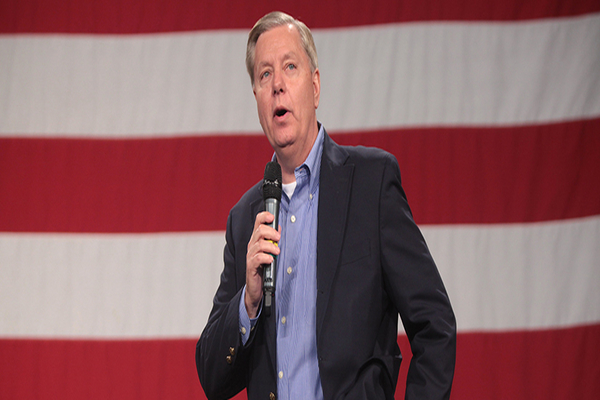 (WE) – Sen. Lindsey Graham said the U.S. military could retake Bagram Airfield in Afghanistan “tonight” if President Joe Biden would make the order.

With a withdrawal deadline fast approaching, the South Carolina Republican told Fox News host Jeanine Pirro on Saturday evening that the base would alleviate the chaotic evacuations of U.S. citizens and Afghan allies at Hamid Karzai International Airport in Kabul, Afghanistan, where a suicide blast killed dozens of people on Thursday, including 13 U.S. service members , and threats persisted into the weekend .

“Bagram was a great evacuation platform. It has multiple runways. It’s out in the middle of nowhere, and you can take that airbase tonight if you wanted to. If you had any will in the White House, militarily, we can take Bagram Air Base,” Graham said.

The senator noted the base is relatively close to the anti-Taliban resistance in Panjshir Valley.

“They need to have a footprint to continue to get people out, and you can make the Taliban’s life difficult. But we are choosing to do none of that. This is a dark, despicable, and depressing chapter in American history,” he added.

U.S. troops and Western allies left Bagram, about an hour’s drive from Kabul, in early July . Republicans, including former President Donald Trump, have cast the decision to abandon the base as a critical mistake .

Biden, who is sticking to his Tuesday withdrawal deadline, said Thursday that he followed the advice of the military that “Bagram was not much value added, that it was much wiser to focus on Kabul. And so, I followed that recommendation.”

Gen. Mark Milley, the chairman of the Joint Chiefs of Staff, said during a briefing on Aug. 18 that securing Bargam “is a significant level of military effort of forces, and it would also require external support from the Afghan Security Forces,” which fell apart with the U.S.-backed Afghan government this month as the Taliban swept across the country.

“Our task given to us at that time, our task was protect the embassy in order for the embassy personnel to continue to function with their consular service and all that. If we were to keep both Bagram and the embassy going, that would be a significant number of military forces that would have exceeded what we had or stayed the same or exceeded what we had,” Milley added. “So, we had to collapse one or the other, and a decision was made.”

Afghan forces at Bagram surrendered to Taliban fighters, according to a local district official . Graham said in a tweet Thursday that taking back the base was worth the risk.

“The retaking of Bagram would put our military at risk, but I think those involved in the operation would gladly accept that risk because it would restore our honor as a nation and save lives,” he said.

After Biden vowed to retaliate for the deadly bombing outside Kabul’s airport, the U.S. military conducted a drone strike that killed two Islamic State militants and wounded a third person, the Pentagon said Saturday .