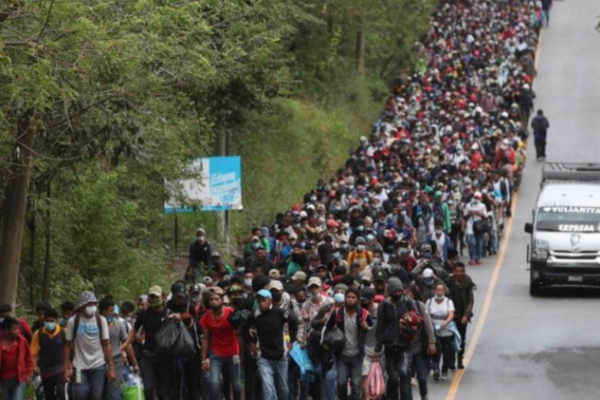 (bigleaguepolitics) – Vice President Kamala Harris’ new press secretary has been forced to apologize for an old tweet in which he called for ICE to deport two illegal alien activists. Jamal Simmons questioned how the illegals were able to demand amnesty privileges in America in broad daylight, without facing the repercussions of federal immigration law.

Just saw 2 undocumented folks talking on MSNBC. One Law student the other a protester. Can someone explain why ICE is not picking them up?

Following a left-wing social media controversy over the common sense tweet, Simmons issued a statement groveling for the sentiment.

“As a pundit for much of my career, I have tweeted a lot and spoken out on public issues. Sometimes I have been sarcastic, unclear, or just plainly missed the mark. I sincerely apologize for offending those who care as much as I do about making America the best, multi-ethnic, diverse democracy it can be. I know the role I am taking on is to represent the Biden-Harris administration, and I will do so with humility, sincerity and respect.”

Actually enforcing immigration law was the common-sense position of the Democratic Party in the late 2000’s, with even President Barack Obama making nods to buffing immigration enforcement in his 2006 book “The Audacity of Hope.”

President Joe Biden has willingly enabled record-setting levels of illegal aliens to infiltrate America’s southern borders, refusing to deport most illegal border crossers and shipping them across the country in the dead of night to unwilling states.