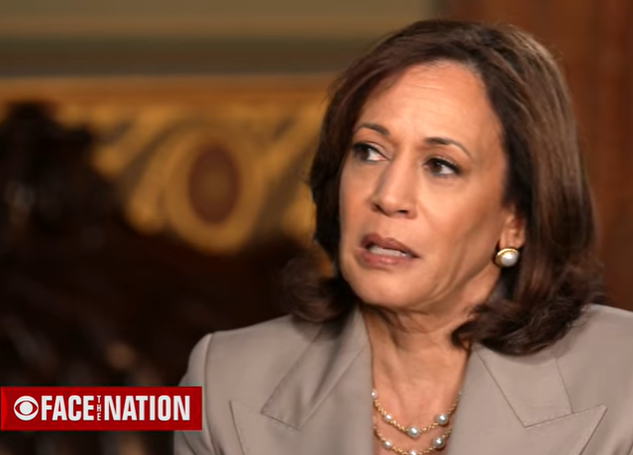 ROBERT COSTA: Vice President Harris, let’s begin with the assassination of former Japanese Prime Minister Shinzo Abe. Japan is a country with very strict gun laws, little political violence. What was your reaction when you heard what happened?

HARRIS: I was shocked, for so many reasons, beginning with the fact that Prime Minister Abe was a great friend to the United States, through many administrations. Our President Joe Biden is very, very fond of him and knew him well. And I’ve met with the most recent- past- Prime Minister of Japan and when we think about the relationship that we have developed over many years, and a shared vision that I think we have for that region of the world, but also the partnership, it was sad and shocking, and there’s no question that the Japanese people are mourning. You know, if you look at his career, too, the length of time that he served really speaks to the impact he had on the country and- and the popularity of his presidency and his leadership. In terms of the issue of gun violence, well, I mean, let’s just talk about that in terms of what it means here in the United States–

HARRIS: I did. And- you know, I was there within about 24 hours of that tragic act of extreme violence, and I made a point of spending time with the first responders and talked with them about what they’ve witnessed, the absolute tragedy of it all. And you know, I- listen, for a large part of my career, for most of my career, I was a prosecutor. I have looked at autopsy photographs, I have prosecuted homicide cases and when you meet with first responders, when you meet with families of these victims, you cannot avoid the reality of what the impact of this gun violence is on a community, on families, on people who- who love their community, who love their family member, and assault weapons. So let’s just go right to that assault weapons. Assault weapons were specifically and intentionally designed to kill a lot of human beings quickly. It is a weapon of war. If you’ve ever looked at, if I may be so blunt, an autopsy photograph to see what it does to the human body and the fact that we can’t get Congress to renew — it’s not like we’re pulling something out of our hat, we’ve done it before as a nation — to renew the assault weapons ban, is outrageous. And you can support the Second Amendment, I support the Second Amendment, but we should agree we should not have weapons of war on the streets of America. In that case, well known, sadly, a toddler lost both his parents. When I got to the scene, I was greeted by the mayor and- and the chief and the first responders who told me that story. I- and I can’t even imagine what this is going to mean for the life of that child.

COSTA: Why do so many mass shooters, often young men radicalized online, seem to still have access legally, to weapons and to slip past red flag laws? Like those in Illinois?

HARRIS: Because those weapons are available. And we have to stop allowing those weapons to be available to civilians, living in communities of people who have a right to believe that they are not in a war zone. Understand- I mean, in peace loving communities. These weapons are- are transforming those peace loving communities into war zones. You look at the street, that long street where that parade was taking place. It’s a community like any other community, small business owners, shops, people out in their lawn chairs, turned into not only a crime scene but a warzone in terms of the kinds of damage it did, the chaos it created. And the probably permanent sense of fear that the children and the people of that community will have about their vulnerability to weapons like the one in- that was- that were used. It’s wrong.