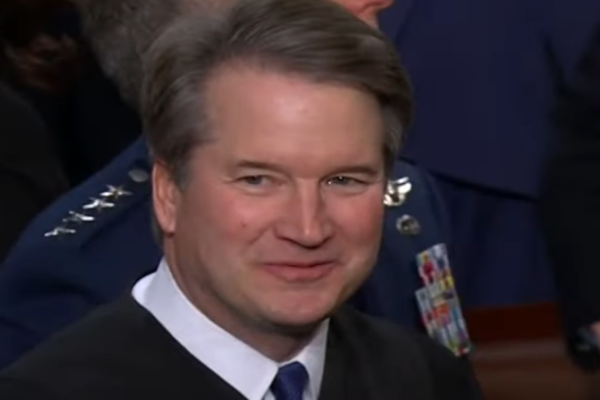 (breitbart) – Supreme Court Justice Brett Kavanaugh appeared to question Wednesday whether the High Court should be the authority that prohibits abortion, or if the question of abortion should be left to “the states or perhaps Congress.”

In questions to Mississippi Solicitor General Scott Stewart, Kavanaugh attempted to clarify what the state is arguing in its defense of its Gestational Age Act, which would limit abortion after 15 weeks or pregnancy.

Kavanaugh—who many people regard as the swing vote in this case—said in his exchange with Stewart:

The justice went on to restate that Stewart is arguing the Constitution is “neutral on the question of abortion.”

“In other words, that the Constitution is neither pro-life nor pro-choice on the question of abortion, but leaves the issue for the people of the states or perhaps Congress to resolve in the democratic process,” Kavanaugh said. “Is that accurate?”

“And, so, if you were to prevail, the … majority of states … still could, or presumably would, continue to freely allow abortion. Many states, some states would be able to do that, even if you prevail, under your view, is that correct?” Kavanaugh continued.

“That’s consistent with our view, Your Honor,” Stewart replied. “It’s one that allows all interests to have full voice, and many of the abortions we see, in certain states, that I don’t think anybody would think would be moving to change their laws in a more restrictive direction.”

In a later exchange with Julie Rikelman, senior director of Center for Reproductive Rights, Kavanaugh explained what he saw as “a big picture level” of her opponents’ argument, that “the core problem here is that the Court has been forced, by the position you’re taking … to pick sides on the most contentious social debate in American life.”

Kavanaugh added, asking her to respond to his overview:

Rikelman replied the Court rejected those arguments in Planned Parenthood v. Casey in 1992, stating this “philosophical disagreement can’t be resolved in a way that a woman has … choice in the matter.”

Arguing further that leaving the question of abortion to the people would not be “a neutral position,” Rikelman continued, “The Constitution provides a guarantee of liberty.”

“The Court has interpreted that liberty to include the ability to make decisions related to childbearing, marriage, and family, women have an equal right to liberty under the Constitution, Your Honor,” she added.

“And if they’re not able to make this decision, if states can take control of women’s bodies and force them to endure months of pregnancy and childbirth, then they will never have equal status under the Constitution,” Rikelman stated.

The case is Dobbs v. Jackson Women’s Health Organization, No. 19-1392 in the Supreme Court of the United States.